The MAC Ultra stage lighting family, Martin’s most significant engineering initiative in a decade, set a new standard for brightness in LED fixtures as well as a long list of engineering innovations.

The family, which includes the MAC Ultra Performance moving-head LED profile with framing and the MAC Ultra Wash moving-head LED wash, features a proprietary 1,150W, 6,000K LED light engine, which delivers up to 63,500 lumens of output. A next-generation framing system, high-definition optics and incredibly low noise levels round out the features of these incredibly versatile workhorse stage lights.

Contributing HARMAN Insights Editor, Sarah Jones, sat down with Henrik Kristensen, Martin Product Manager of Stage Lighting, to discuss the development of MAC Ultra, its ingenuity, and what lighting designers think of it.

What led to the creation of the MAC Ultra family, with its all-new optic system and innovative lighting engine?
There were two factors. First, there was a market demand for an LED-based product of this caliber, but there were no fixtures available that could offer this level of brightness. Second, the timing was right. The technology was actually at a point of maturity for us to develop a new light engine that could deliver the output levels the market was looking for.

Are the MAC Ultra Performance and MAC Ultra Wash designed to complement each other?
They are often used hand-in-hand, but not necessarily always at the same time. For big arena and stadium shows, lighting designers will typically start out with the MAC Ultra Wash as their fundamental lighting fixture, to “wash” the stage in color. Then, they might add a MAC Ultra Performance to create sharp beams, mid-air effects, or projections.

These high-output lights are ideal for large-scale applications. Can you give us some examples of other uses?

Overall, stages are becoming larger and larger. For really big concerts, MAC Ultra offers the benefit of extreme output. The MAC Ultra Wash is actually the brightest product we have ever developed.

Then on smaller stages, let’s say with a 30-foot trim height, you can utilize more saturated colors and still have that incredible punch, whereas previous products would have been significantly weaker.

When it comes to smaller applications, in the past, when you added gobos, colors and animation wheels, if you had too many effects being used at the same time, the output was simply not bright enough. Now, with MAC Ultra, you can achieve projection with multilayer effects and deep, saturated color, and still, have plenty of output.

These lights are being used in a broad range of installed and touring applications. When we started shipping the fixtures, we were mainly receiving orders for installed theater venues due to the scarcity of touring during the COVID-19 industry shutdown. As more shows have headed out on the road, we’ve seen dramatic growth in the MAC Ultra touring market.

MAC Ultra is ideal for theater applications because of it’s extremely quiet noise levels. Click to check out the Hadestown Case Study.

You mentioned theater. These lights are very quiet.
Our Martin MAC Encore set the standard for low-noise lights in theatrical applications, TV studios, opera houses, and so on. For instance, MAC Encore is being used in the Sydney Opera House. With MAC Ultra, we’ve lowered noise levels three additional decibels than the MAC Encore, but lumen output is actually three times greater in the MAC Ultra. It was quite an achievement to achieve that level of noise reduction in a high output fixture.

How would you compare MAC Ultra’s brightness to other lights in this class?
It’s hard to compare output specifications since each manufacturer uses its own measurement techniques and marketing can often influence those methods. To demonstrate our commitment to specification transparency, we began utilizing an independent, third-party lab, ILUmetriX GmbH, to analyze fixture metrics. Then we have been publishing their reports on our product pages to provide designers and users with actual numbers to plan their projects.

Let’s talk features. What are some of the ways these MAC Ultra fixtures are making lighting designers’ jobs easier?
We have never had as many features in one product as we have right now. It used to be that you needed three fixtures to do many of the things you can now do with one MAC Ultra Performance.

Get an Up-Close Look at MAC Ultra: Check Out This Technical Overview Video

We have introduced extended framing, which saves lumen output. Normally, you’re cutting away a lot of light because you need to bring framing shutters significantly farther into the beam before you can apply the effect you want. Now, we can do it right there on the beam edge.

We’ve also introduced light recycling. We are actually picking up some of the light that would normally be reflected from the gobos. It’s really raising the bar in lumens-per-watt efficiency.

“The MAC Ultra Performance is one of the most useful paintbrushes we’ve ever had on our table,” said Butch Allen, Lighting Designer, Eric Church. Click to check out the full Case Study.

Developing your own light engine allows you to build a larger safety margin.
Yes. Error and failure rates are very low and the fixtures are incredibly reliable. What’s more, these fixtures were built to retain relatively high lumen output levels throughout the product’s lifetime which means there’s no need to plan for light engine replacement.

What kind of feedback have you gotten from lighting pros?
LDs are really excited about the entire MAC Ultra package. We’ve received some really intuitive feedback from so many designers enjoying the wide range of creative possibilities that MAC Ultra offers them. Here are just a few of the comments we’ve received:

From the Case Study: Eric Church Returns to the Road:
“The MAC Ultra Performance is one of the most useful paintbrushes we’ve ever had on our table,” said Butch Allen, Lighting Designer, Eric Church. “The biggest element of any Eric Church show is the fact that we light the audience, because our backdrop is human. The crowd sees Eric, Eric sees the crowd, they feed off each other’s energy and that’s what really makes these shows so magical. The Ultra’s zoom range and consistent output even at its widest zoom allow us to use these 24 lights to light the room up in addition to the stage. Those 24 lights are probably the most prominent fixtures we use for effects in the entire show…”

From the Case Study: Porter Robinson Nurture Live Tour:
“I’ve used a lot of the other bigger fixtures over the past several years and the MAC Ultra Performance is the nicest, brightest spotlight that I’ve seen,” said Lighting Designer Ben Coker. “For what I’m using it for, it checks every single box. It has a great gobo set, great colors, great zoom range, it’s fast for its size and it’s super bright and punchy. When you iris it down, it holds its own with a lot of the beam fixtures, and when you zoom it out wide, you still have enough intensity to be able to see big gobo breakup patterns and aerials. That’s really difficult to find in most fixtures…”

From the Case Study: Hadestown Embarks On National Tour:
“I’ve never used a huge amount of the features in any moving light, just because I use patterns pretty judiciously, but I was super impressed with the MAC Ultra Performance’s dual frosts,” added lighting designer Bradley King. “With the MAC Ultra, you’re able to put a heavy frost in and actually have that edge of the beam start to disappear and get that nice, lovely blob. That was a very important thing to me, and I’ve never seen another fixture pull it off before, so that was exciting…”

“I’ve used a lot of the other bigger fixtures over the past several years and the MAC Ultra Performance is the nicest, brightest spotlight that I’ve seen,” Porter Nature Lighting Designer, Ben Coker. Click to read the Case study.

From the Case Study: Esports International 2021 Dota 2 World Championship:
Since we were in a daylight situation, I needed to provide lighting in the 250 to 300 foot-candle range” lighting designer Alex Berry explained. “Because we were in an outdoor stadium, there weren’t a lot of options for rigging lights overhead. We ended up with two rows of arches in the very top of the 300-level seating with a 100-meter throw to the stage. Luckily, the MAC Ultra Performance is unbelievably bright and handled the throw distance beautifully. With a throw distance that long in a daylight situation, there’s no way we could have gotten the brightness we needed with any other fixture. It was the savior of the day…”

Thanks for your interest to explore the possibilities of the Martin MAC Ultra family. We’d love to hear your MAC UItra stories and what you like best about it. Please share in ‘Leave a Reply’ below.

WE’D LOVE TO TALK ABOUT YOUR INTEREST IN MAC ULTRA
If you are a lighting designer, rental house, buyer, technology manager or anyone interested in speaking to a Martin solutions expert, just fill out this form and we will contact you to answer your questions and discuss your ideas. 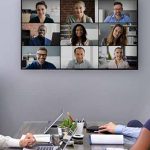 How a Shift to BYOM Can Maximize Meeting Space Impact... Previous
Loudspeaker System Design for Airports: Ensuring Everyone... Next 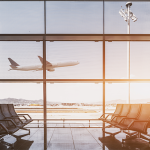 Henrik is the Product Manager for Stage Lighting at Martin by HARMAN. He is responsible for supporting the MAC moving head range from maintaining current products in the portfolio to the long-term strategic roadmap.