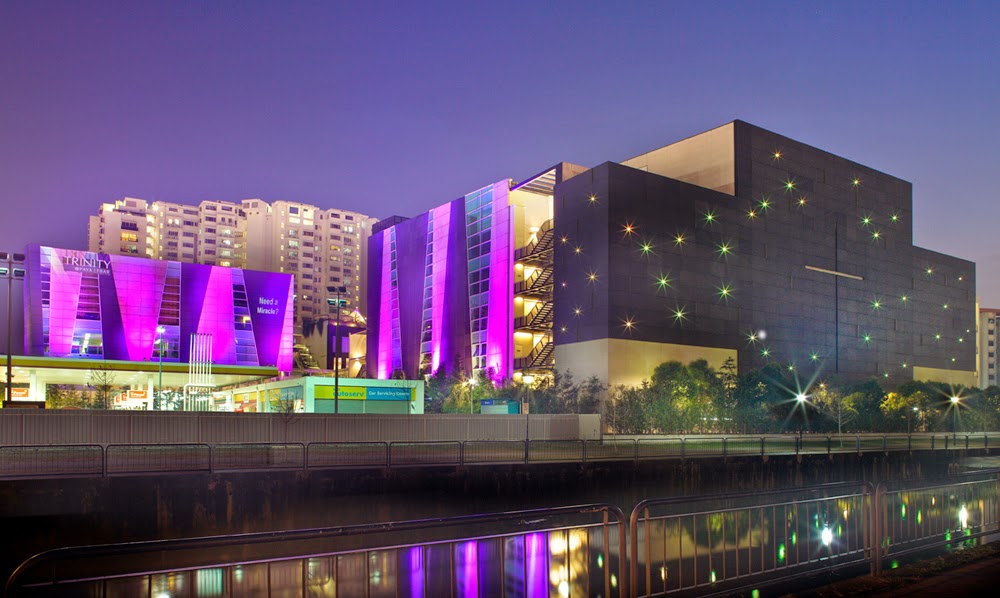 In a prominent intersection on the outskirts of Singapore, in an area called Paya Lebar, stands Trinity Christian Centre. Designed to resemble the vast canyons of the Israeli deserts, the building’s beige-colored facade suggests the folds of the dramatic landscape.

The church’s original lighting design did not live up to Trinity’s goal of becoming an illuminated landmark. At night, the lights at the gas station next door were brighter and had more of an impact. In response, the church commissioned ONG&ONG to design and implement a new lighting concept.

Inspired by the original desert geography concept, ONG&ONG wanted to use lighting that matched the palette of the Israeli sky while communicating meaningful stories to the community.

“Our task was to enhance and improve existing architectural features in the night,” said Swee Hong Ong, Lighting Design Director at ONG&ONG. “To ensure the success of the lighting design, we had to conduct various onsite tests and consider the surroundings and conditions before we could propose our idea for the new design. This process was a lot more demanding than designing a new project from scratch.”

A key goal of Trinity’s new lighting was to create a connection between the church and its community. Pre-programmed sequences display messages of faith and joy, while colors and projected patterns add dimensionality to the architecture. The animation and vibrancy of the colors invoke the dynamism of the desert sky.

“Apart from depicting the sky, as an added benefit, the color scenes we’ve worked on together with Trinity also relate to the events and festivities celebrated by the church. The animated scenes and effects would not have been possible without our great installer, Kurihara Kogyo,” said Ong.

Achieving the perfect look for this unique application required the perfect lighting hardware. After a series of shootouts to test the wash quality and color rendition of fixtures from different manufacturers, Martin by HARMAN Exterior fixtures were chosen to project the new design onto the building’s facade. The fixtures were mounted on poles, equipped with lenses and glare shields to reach all the folds in the facade and complement the geometry of the architectural surface.

Against the backdrop of its relatively quiet, semi-industrial surroundings, Trinity has completed its transformation into the neighborhood’s brightest icon. “The Exterior range from Martin proved to have the rich saturated color wash we were looking for,” said Ong. “The fixtures are easily controllable and, unlike the other fixtures we tested, the exact calibration enables all the fixtures to display the same colors.”

Many thanks to Swee Hong Ong for speaking with us about the lighting design for Trinity Christian Centre. Are you a lighting designer or installer who works on large-scale architectural lighting projects?  Share your insights in the comments. 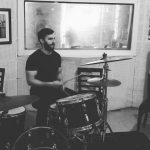 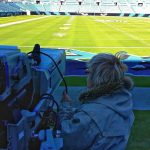