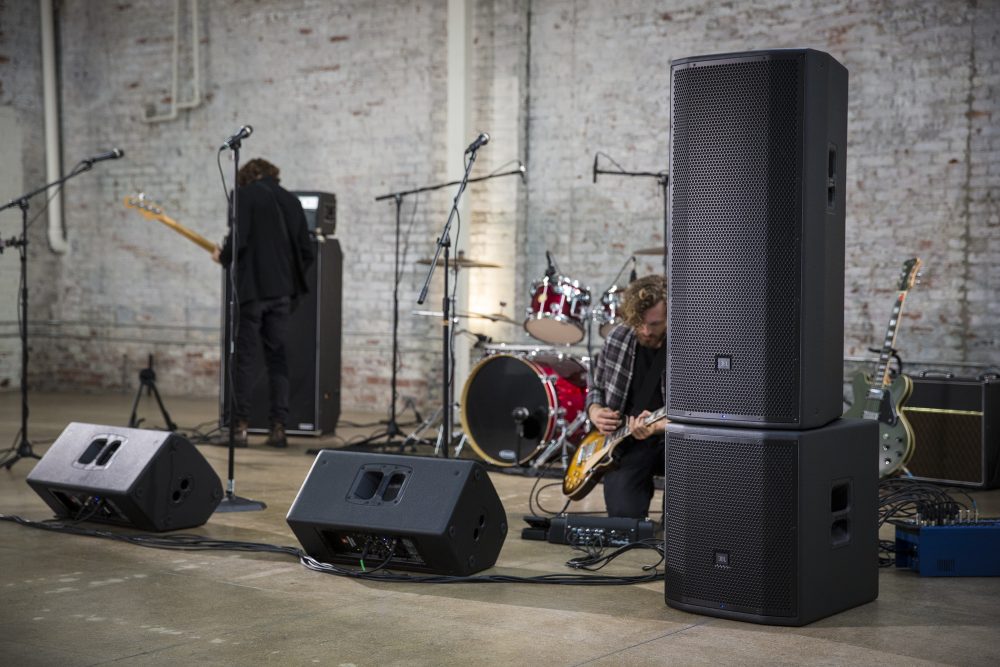 Like many people, I played in a band in high school and college. My personal instrument of choice was bass guitar, and that meant I was constantly looking at getting larger bass amps and cabinets (we bassists are prone to being gear-heads when it comes to amps). When I started looking at getting a new amp, all of my guitar-playing friends shared this one bit of commonly-held truth: the higher the wattage of the speaker, the louder it is. The problem with this advice is that it is wrong.

[SKD]: Many times when people are selecting speakers, they will encounter two different speakers from two different brands, and they are both the same wattage. People assume the volume output—called the sound pressure level (SPL)—will be the same for both speakers, but this isn’t necessarily the case. Why is that, and how do they know which will produce the SPL they need for their application?

[CS]: I get this question about wattage a lot, and it is based upon this false assumption that just because two speakers have the same wattage they will have the same loudness, and that is simply not the case. The industry has played into this wattage debate, and it makes no sense to me at all, because comparing the wattage of two loudspeakers is like saying, “This is a faster racecar because it consumes more gasoline.” You can have two speakers, one 300W and another 600W. Just on paper, you might assume that the 600W speaker is twice as loud, but all it takes is a 3.01 dB sensitivity difference to make a 300W speaker louder than a 600W speaker. The issue isn’t how much power the speaker uses. We should be looking at how well it performs. That’s how you ensure you’re getting the right loudspeaker for your needs.

[SKD]: So if wattage isn’t the right measurement, what is it? What should they be looking at?

[CS]: The measurement you should reference is “Maximum SPL”.  This can also be broken down into maximum continuous SPL and Peak SPL.  Continuous SPL is the average SPL of the system at full output using IEC noise input.  Peak SPL is the instantaneous peak pressure level of the system pushed fully into the compressor/limiter.

[SKD]: How is this SPL measured and what does it really mean?

[CS]: SPL stands for Sound Pressure Level.  It is the primary objective unit of measure for acoustic output, given in decibels (dB) referenced to 20 micropascals.  This may seem obscure to most people, but when we compare common references, the meaning becomes more apparent.  For example, conversational speech at a distance of 1 meter would be 60 decibels, reference level for cinema would be 85 decibels, and a chainsaw at a distance of 1 meter would be 110 decibels.  (Continued exposure to SPL above 90dB can cause permanent hearing damage.)

We measure the maximum SPL in a large anechoic space so that there is no influence of a room in the measurements.  The loudspeaker is placed on the ground and pointed at a calibrated SPL meter 2 meters away.  IEC noise is input to the loudspeaker and the SPL is recorded.  The SPL level is increased by 6dB from the placement of the meter and loudspeaker on the floor and reduced by 6dB because of the 2 meter distance, making the result equivalent to a 1 meter anechoic measurement.  Measurements are made with “C” weighting.

[SKD]: Then what about wattage?

[CS]: Again, wattage really makes no sense at all.  I can put 100 Watts into a light bulb, but it doesn’t make any sound at all (or shouldn’t).  Why are we using this for loudspeakers?  Actually, let me stay with the light bulb analogy for a minute…  It will help me illustrate my point.  You can buy a 100 Watt incandescent light bulb that produces 1600 Lumens.  An LED light bulb might produce the same amount of light for 15 Watts.  I would submit that Lumens is the relevant unit of measure, as it represents the amount of light produced.  Of course, if you are using the light bulb as a room heater, you might disagree.  The relationship between the power consumed and the light produced is called efficiency.  An analogous relationship exists in loudspeakers between the power consumed and sound produced, but it’s not as simple.

[SKD]: Why is it more complicated?

[CS]: It gets a little strange because music isn’t pure sinewaves and loudspeakers aren’t simple resistors.  The lightbulb gets a simple sinewave voltage and is basically resistive, so the math is easy.  You might imagine that music is a pretty complex signal, but the impedance of a loudspeaker isn’t as simple as you would think.  Because of the way that most loudspeakers are constructed, the impedance changes as a function of frequency.  So as an example, the impedance of an 8 Ohm loudspeaker can vary between 6 Ohms and 20 or more.  This means that a given power input will produce significantly different SPL at different frequencies.  This is not good for comparison.  Loudspeakers are generally tuned to produce a given SPL for a particular input voltage, which is where you would see a frequency response chart (hopefully with a smooth flat curve).  The relationship between voltage input and SPL output is called voltage sensitivity.

[SKD]: Could we use voltage sensitivity as our measurement figure?

[CS]: Sure, but you would also need the maximum voltage of the amplifier to arrive at maximum SPL.  Why should the user have to do the math when we can directly measure SPL?

[SKD]: So, when I’m looking at these SPL ratings, how do I read them and apply them to my application?

[CS]: Ultimately, it comes down to knowing how loud your system needs to be. In studio applications, for example, users may want 85 dB for normal listening plus another 20 dB of dynamic headroom. This equates to 105 dB peak SPL at the listening location. The listening location is important, because sound drops 6 dB of SPL as the distance from the speaker doubles, meaning a speaker that produces 110 dB at a meter is only going to produce 104 dB at 2m and 98 dB at 4m. So if the installer knows the loudspeaker’s maximum SPL ratings and how far the speaker is from the listening location, they can determine whether a loudspeaker meets the requirements for both the continuous sound (in this example, 85 dB) and peaks (105 dB).

Of course, this is just one of several metrics of performance. You need to consider the speaker’s SPL capability but you should also look at how low the speaker goes (the lowest frequency on the speaker’s bandwidth capability), the distortion level, dynamics and coverage pattern, not to mention the continuity of both on axis vs. off axis measurements. There is a lot that goes into selecting the right speaker for an application, which is why it is best to consult a sound engineer when possible to ensure you’re getting the best fit.

I’d like to offer my sincere thanks to Charles for taking the time to speak with us. Do you have insights into the best ways of determining the right speaker fit for an application? Share them in the comments. 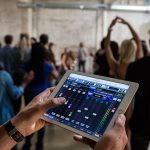 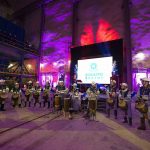