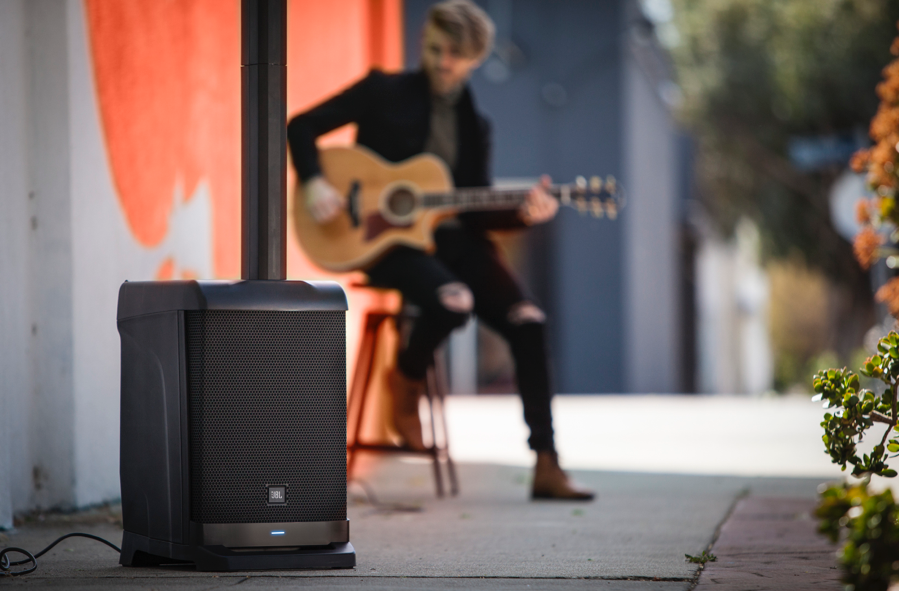 Sometimes AV systems face very complex challenges that require an intricate, holistic solution to solve. However, sometimes the situation is more straightforward, and we don’t need all of that complexity. That’s why we’re staring this new series talking about basic-but-functional setups and techniques that can help solve problems in a variety of musical applications.

In this first post, we’ll take a look at compact PA systems. These small-format audio systems are a huge problem solver for many applications, because, let’s face it, one of the least enjoyable parts of being a performing musician is lugging gear around. It’s hard enough if you’re in a band and have four, five or more people to help carry stuff. But what about if you’re a solo act? Sure, you want to sound good, but you don’t want to get a hernia every time you load in and out at a gig. Thankfully, there are powerful-yet-compact sound systems available that help keep the “schlep” factor at a minimum.

Before discussing the types of compact PAs on the market, let’s review the three main components in a PA system (not including mics and cables):

In a full-size sound system, those three components are usually separate. In compact systems, however, manufacturers have reduced the footprint by combining some or all the main components.

Powered speakers, which combine the speaker and power amp components into one unit, are a good example. Many bands use powered main and monitor speakers, in conjunction with a separate mixer. Another example is the powered mixer. It combines the power amp and mixer in one unit, and is used along with non-powered (aka “passive”) speakers.

If you really want a minimal setup, you can use a powered PA speaker as a self-contained system. Most such speakers have mic/instrument inputs built in, and rudimentary mixing features. However, they sometimes lack EQ and effects, two important processing options, so for a performance application you might want to add a small and light passive mixer with effects to the equation. One of the advantages of a powered speaker/passive mixer combination is that it’s easy to expand it with another powered speaker, and even powered monitors, should the need arise.

In their quest to reduce system size, manufacturers have created portable systems with detachable speakers that clip onto the main unit for carrying and storage. This makes transporting the system much easier, which is particularly important for solo performers who have to lug all their own gear.

Top of the Line

The JBL EON One is a compact PA with line-array speakers that fit inside the subwoofer/mixer unit for carrying.

At the higher end of the self-contained PA spectrum are portable line-array systems. Line-array technology, which is used in high-end touring systems, features multiple stacked speakers that are independently angled, and provide better than average coverage and excellent sound.

In a portable line-array system the speakers, which are very small, are stacked vertically on top of a subwoofer. Having a subwoofer provides exceptional bottom end punch, and in conjunction with the satellite speakers, creates a powerful, yet compact system

None of the portable PA solutions discussed here include stage monitors. As a solo act, you can probably get by without them. The need is not as great for you as it is for singers in a loud band. That said, you may not be totally comfortable hearing yourself only through the main speakers (or speaker). You’ll be hearing a lot of reflected sound, and depending on the room, it can sound muddy and indistinct.

To alleviate that situation, you may have to set up the main speakers behind you, even though this violates one of the golden rules of PA setup—keep the main speakers in front of the microphones to avoid feedback. You’ll have to spend more time tweaking the EQ and volume during setup to make sure you don’t have feedback problems, and you might have to keep the system level a little lower than normal—but the tradeoff could be worth it. If you have a system with two speakers, you could keep both in front, but angle one back towards you a little, or even have one shooting across the stage or pointed at you as a monitor.

If you do decide to add a monitor, most of the systems discussed here feature outputs to feed a self-powered speaker, such as the JBL EON 610. The downside of adding a monitor is that it adds to the footprint of your PA, and gives you something additional to carry in and out of your gigs. As you can see, there are lots of compact PA options for the solo artist. Have you had experience with these types of systems? Please share your thoughts in the comments section.

In part two of The Minimalist, we’ll look at recording multiple singers with a single mic. 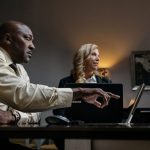 Impressing Clients in the Boardroom Previous
Does Your New Restaurant Need Professional AV Equipment? Next 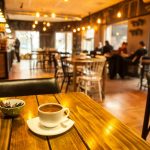 Mike Levine is the former editor of Electronic Musician, and has written numerous articles on music technology and recording. He’s a producer, mixer and multi-instrumentalist in the New York area. Check out his music at michaelwilliamlevine.com and follow him on Twitter.