The History of Live Sound – Part 1 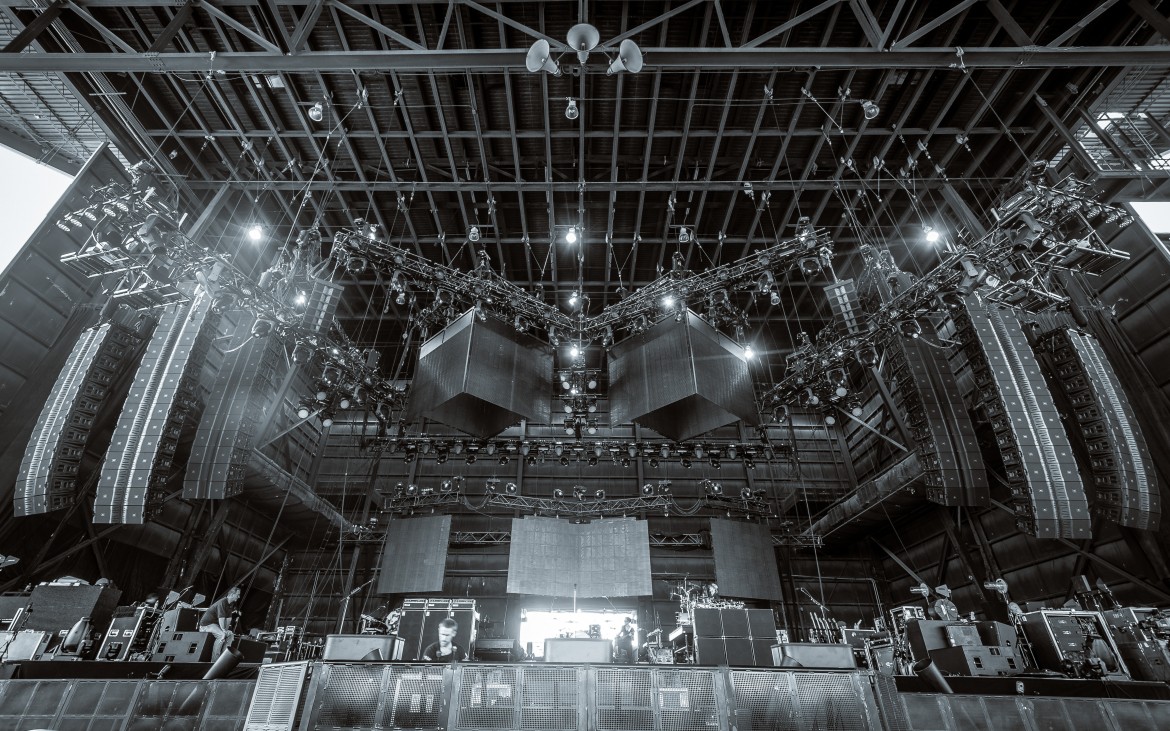 When we go to see live concerts today, we often take for granted the history of technological innovations that allow us to enjoy live music of the highest fidelity in communion with thousands of other fans. Of course, live music performances have been around long before the advent of the modern sound system, but we wouldn’t be able to fill stadiums or arenas today without inventions like the microphone, loudspeaker, and amplifier. In this article, we’ll trace the developments and innovations that paved the way to the modern sound system from the invention of the microphone to the world’s first stadium concert.

Roman amphitheaters were famous for their semi-circular design and tiered seating area, which focused the audience’s attention on the performance area.

Acoustic Roots in Live Performance
One of the earliest known examples of someone attempting to create an improved acoustic environment conducive to live performances can be found during the reign of the Roman Empire. Constructed with principles established by the architect and engineer Vitruvius, Roman amphitheaters were famous for their semi-circular design and tiered seating area, which focused the audience’s attention on the performance area. Not only did this approach provide excellent sightlines to the stage, but it also caused less attenuation of the sound, enabling it to be carried further.

This tradition of emphasizing the acoustic properties of architectural design continued into the era of classical music. During this period, music was written to be performed in specific types of settings. For example, choral music was usually slow and majestic because it was meant to be heard in huge, reverberant churches. Symphonic music was typically grand and stately since it was intended to be experienced in large concert halls.

By contrast, chamber music was composed to be played in private residences, and the less-reverberant acoustics of these smaller performance spaces allowed composers to write quicker melodies and jaunty bass lines to entertain and accompany dancing. Although they didn’t have mixing consoles quite yet, composers still practiced the concept of mixing by writing for specified numbers of each instrument to achieve the desired balance of each piece of music.

Components of Live Sound Systems
For live music performances to evolve to their current state, several innovations needed to be invented. All sound systems consist of three fundamental components:

In other words, to get to the first sound system, we needed three inventions: a microphone, an amplifier, and a loudspeaker.

Invention of the Microphone
When it comes to the invention of the microphone, many names are often considered: Philip Rhys, Emile Berliner, and Thomas Edison are all identified as early innovators. However, most historians agree that David Edward Hughes invented the first modern microphone in 1875. Interestingly, Hughes never sought a patent—he wanted the microphone to be a gift to humankind. Hughes named his invention the microphone because he thought it was the audio equivalent to the microscope: a device that takes small sounds and makes them larger.

Hughes’ microphone consisted of a carbon rod held between two carbon cups, connected to a circuit and battery. Here’s how it worked:

Hughes’ initial design was refined in subsequent microphones, which instead utilized carbon granules compressed between two metal plates. This type of microphone found its first application just one year later when Alexander Graham Bell patented the first telephone in 1876. Even though Hughes’ carbon microphone was superseded by superior designs such as dynamic, condenser, and ribbon mics, the physical principles he used to create it are still the foundations of all microphones today.

Invention of the Loudspeaker
If a microphone converts acoustic vibrations into electrical signals, the next step towards building the modern sound system is to convert those signals back into acoustic energy that we can hear. In 1898, Oliver Lodge accomplished just that when he invented the first moving-coil loudspeaker.

In his design, Lodge wrapped a moving coil around a magnet, which was attached to a cone. As he applied an electrical signal, the increasing and decreasing voltage alternately attracted and repulsed the magnet, causing the cone to move forward and backward. This back-and-forth motion resulted in the electrical signals becoming audible as physical sound vibrations once again.

Although speakers have improved over the years with the addition of better magnets, cones, and enclosures, Lodge’s fundamental design is still the core of all loudspeakers in use today.

Invention of the Amplifier
Early loudspeakers made it possible to reproduce the vibrations that microphones captured and converted into electrical signals, but a third invention would be required to make sounds clearly audible across great distances. The final piece of the puzzle fell into place in 1906 when Lee DeForest created the Audion, the first device capable of amplifying an electrical signal.

DeForest’s innovation came about when he took a diode consisting of two electrodes and added a third electrode, which he called a “control grid.” As he fed a small current into the control grid, it created a much larger current across the other two electrodes (the anode and the cathode), resulting in what we call a “power gain.” DeForest’s invention became known as the vacuum tube, or valve amplifier, and was used extensively throughout the 20th century in telephones, radios, televisions, and early computers.

Edwin Pridham and Peter Jensen experimented with combining a microphone, amplifier, and loudspeaker.

The Birth of PA Systems
In the second decade of the 20th century, Edwin Pridham and Peter Jensen set up a laboratory in a small California town and experimented with combining a microphone, amplifier, and loudspeaker to see how far they could project a human voice. Pridham and Jensen mounted a speaker on the roof of their lab that could be heard from up to seven miles away. Their experiments bewildered the people in the town, who would hear the sound of someone talking from inside their home, but when they came outside, they couldn’t see where the voice was coming from.

Pridham and Jensen named their company Magnavox (Latin for “Great Voice”), and in 1915 they received a great opportunity to showcase what their sound system could do for public events. The city planners of San Francisco invited Magnavox to test their system at their annual Christmas Eve event, which consisted of guest singers performing Christmas carols in the plaza of the city’s newly completed Civic Center. Because the event was heavily promoted, 100,000 people showed up to hear what was billed as a “miracle of sound.”

The event was a massive success, and newspapers reported that entire audiences could hear the singing of the carols with great clarity, and the sound seemed to emanate from the granite walls of the building itself. This was the very first amplified public music performance, and it clearly demonstrated what sound systems were capable of and how they could be used for addressing the public (public address). In the following years, new sound companies like Marconi, Tannoy, Altec, and Western Electric got involved, developing PA (public address) systems hand-in-hand with the burgeoning industries of radio, telecommunication, and cinema.

The popularity of these new PA systems continued to grow, and in 1919, President Wilson became the first president to speak through a sound system in his famous League of Nations address to a crowd of 50,000. Additionally, in 1924, King George V welcomed an audience of 90,000 to the British Empire Exhibition at Wembley Stadium with an address delivered through a Marconi sound system.

New Developments
In the 1930s, sound systems became commonly used in live music performances. However, their role was only to amplify the voices of singers so they could be heard over the rest of the band. The amplifiers in these early systems were limited by the nature of vacuum tubes. If you pushed these amplifiers too hard, they could easily overheat—and in extreme cases, they could even melt.

In 1947, John Bardeen, William Shockley, and Walter Brattain changed the course of live sound history by inventing the transistor.

In 1947, three engineers at Bell Labs made a breakthrough while researching potential semiconductors. John Bardeen, William Shockley, and Walter Brattain changed the course of live sound history on that day by inventing the transistor. Their first transistor, which can be seen today in the Smithsonian Institute, used the same concept as DeForest’s vacuum tube—but instead of three electrodes, its three terminals were made of the element germanium and two pieces of gold foil. When they applied a small amount of current to the germanium, it changed its conductive properties and a larger current flowed between the two pieces of gold foil. Shortly afterward, they refined their design and replaced the germanium with silicon, winning a Nobel Prize for their contributions.

The Age of Rock and Roll and the First Stadium Concert
The transistor revolutionized audio electronics by allowing manufacturers to build amplifiers that were not only more powerful but also cheaper, smaller, and less likely to overheat. With the addition of the electric guitar in the 1950s, bands quickly began to push these new systems to the limits, and the resulting distortion inspired a new—and loud—genre of music called rock-and-roll. The rock-and-roll bands of the 1950s and early 1960s carried their own PA systems for concerts in theaters, ballrooms, and auditoriums, and many bands would pool together their equipment to build a custom system for larger festivals.

On August 15, 1965, the Beatles performed the world’s first stadium concert to an audience of 55,000 fans at Shea Stadium. Although this event was a watershed moment in the world of live sound, the sound system used that day didn’t perform to its expectations. The band’s onstage 100-watt amplifiers and column speakers could barely be heard by the stadium audience, and even worse—the band couldn’t hear themselves playing because of the fans’ constant screams.

The incident at Shea Stadium was a sign of many issues that needed to be addressed if we wanted to enjoy live music at the level of stadium and arena concerts. The pioneers of modern live sound began working to build new systems that were bigger, better, and louder. I invite you to continue this discussion in Part 2 of this series. We discuss the innovative companies that revolutionized the touring audio industry, as well as the technology, standards, and practices used by live sound professionals today. 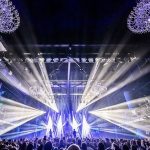 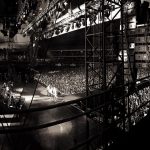 Andy Coules is a sound engineer who tours the world with a diverse array of acts in a wide range of musical genres. He also writes articles for various print magazines and created a live sound course that he's taught in London, Hong Kong and Algeria. You can learn more about him at: http://www.andycoules.co.uk