Creating Worlds in People’s Heads with Chad Griswold, Monitor Engineer for KC and the Sunshine Band 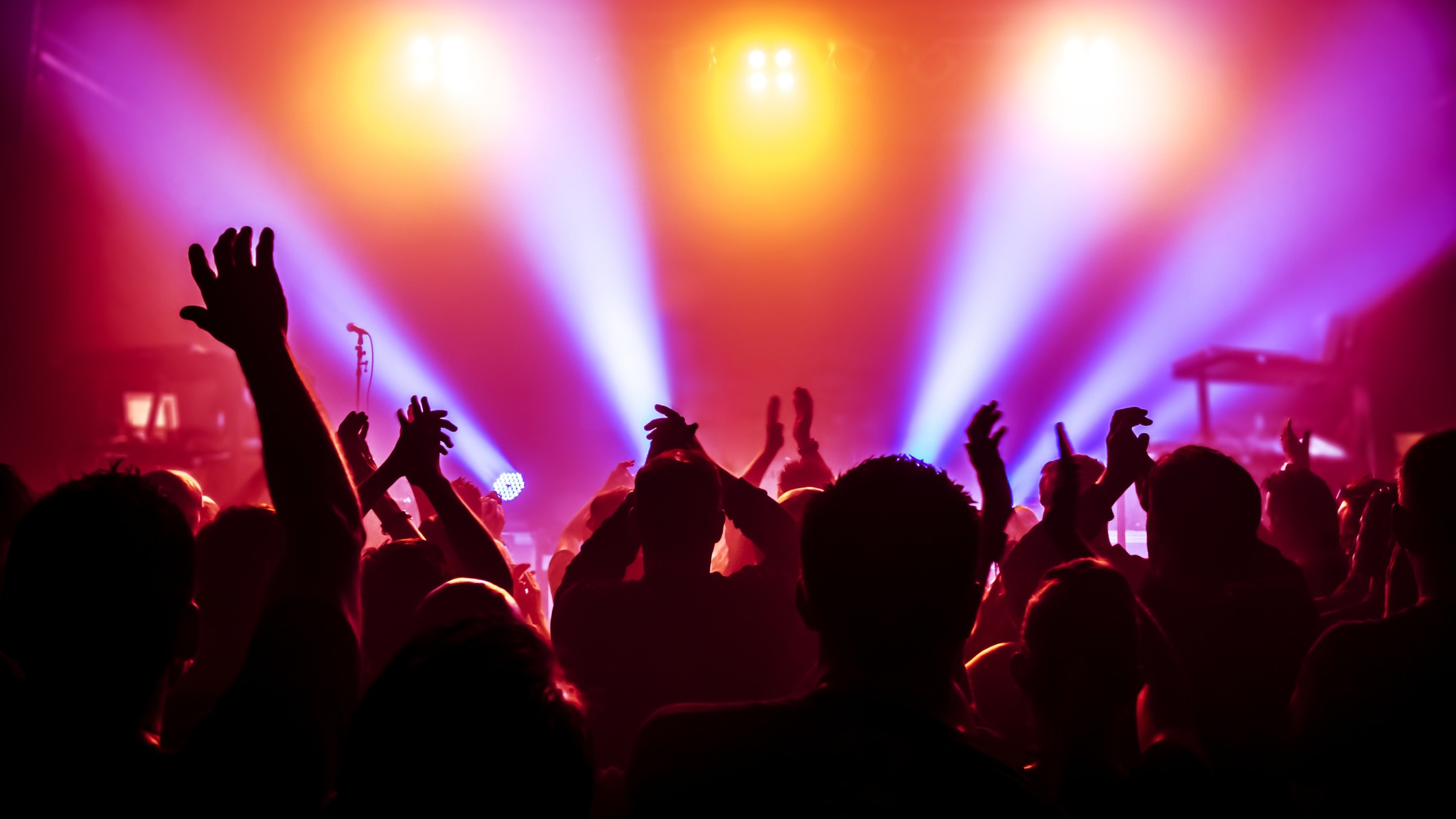 Chad Griswold lives a full and rewarding dual life as the in-ear monitor engineer for KC and the Sunshine Band and CEO of Mastermind Production Group Inc. The Orange Country, California native groomed Mastermind from a garage-based business, launched in 2005, to a 9000-square-foot sound and lighting rental and full production company. Mastermind provides top-of-the-line gear to high-profile corporate clients, including Universal Studios and MTV. A “drummer since birth,” Chad discovered stage tech while in his senior year of high school and, even during a short-lived record deal with his band Third Overall, has never looked back.

Between KC and the Sunshine Band’s summer tour dates, I had an opportunity to talk with Chad and find out how, as a monitor engineer, he facilitates a close relationship with a singer and the challenges he encounters. In addition to mixing in-ear monitors for KC, 10 band members and two background singers, Chad also mixes side-fill monitors for the show’s two dancers.

[MM] With 15 people onstage, it sounds like a large production, can you describe it?

[Chad] For the most part, once a KC show starts, it’s a freight train; it just goes. The songs flow into each other. There are breaks, here and there, for KC to talk while the dancers have quick changes backstage, but it’s a fully produced machine with segues, big over the top introductions and fanfares for some of the songs. There aren’t any tracks playing either; it’s all live and a lot of fun.

[MM] After 14 years of working with KC, do your monitor mixes vary show-to-show?

[Chad] For the most part, I’ve been with the band long enough that I know what everyone likes. Unless we’re in a really horrific room, which sometimes happens, the band’s mixes don’t change much. They’re pretty much set and forget. We’ll do a sound check, and if anybody wants a couple changes, it happens then. During the show, though, their mixes typically stay where they are.

[Chad] That’s a completely different story. Basically, it’s like mixing a CD in his head every night. I’m chasing solos and adjusting for how much he’s singing. There are moments throughout the show where I know a keyboard part from the stage right guy will need to be pushed higher than the stage left guy and vice versa. It’s an active mix throughout.

[MM] Was there an initial period of gaining KC’s and the band’s confidence?

[Chad] Monitor mixing definitely entails a personal relationship with all the performers, but especially with KC. They see me at the console and trust I’m going to get the job done and get them what they need.

Initially, the biggest challenge for any monitor mixer is learning what everybody likes, making sure they’re comfortable and helping them present a good show. If performers are uncomfortable, it doesn’t translate well. You need to make sure the players can hear what they want, how they want. It’s about getting to know everybody’s personality—not only the way they act and react as an individual to different things, but sonically, how they like to hear things.

There have been a couple of times I haven’t been available for a KC show, and we would have a fill-in guy. I’d leave him my mix, everything—he essentially needed to come in and push the buttons. But, when I returned, I’d always get a comment that it wasn’t the same. It could have sounded exactly the same as when I’m there, but there’s a psychological aspect of just seeing me and having that rapport.

[MM] Did it take a while to develop that rapport with KC?

[Chad] Not really. For whatever reason, when I came into this gig, we hit it off right away, and I think that’s part of why I’ve stayed this long. I remember the first night. I went in blind, and all I was told was that KC doesn’t come to soundcheck. I asked what he likes to hear and they said, “He wants to know that you and he hear music the same way.” Well, that didn’t help me much at all. Luckily, I had just come from working with another artist who wanted a full mix, so that’s what I gave KC, and it worked out. He was really happy, and the rest is history. For some reason, this one just jelled quickly, and it has been a good ride since.

[MM] Does the set change much during the tour?

[Chad] We have two versions of the set; one is slightly shorter than the other. Otherwise, the sets are pretty much locked. There are, however, other factors that come into play. This band really feeds off the crowd’s energy. When the audience is alive, the band really comes alive, too, and everybody’s into it. When the audience is kind of dead, it can drag everyone down. We did a corporate show with a bunch of lawyers standing in the back of a room who couldn’t care less about the music. That, of course, affects every element of the performance.

[MM] Does in-ear monitoring create any technical challenges for you?

[Chad] With everything going more digital, with more wireless everything and, with the wireless certainties getting taken away, it can occasionally create issues. For a band that isn’t doing arenas and stadiums, 12 channels of wireless ears and 10 channels of wireless mics is a fair amount of wireless. In cities like Los Angeles, New York, Dallas and Miami, finding clear radio frequency (RF) channels can be problematic, especially in festival situations, where there’s no RF coordination; it becomes a free for all. Probably the biggest technological challenge with this band is just making sure we have enough RF spectrum.

[MM] What do you do if you experience interference?

[Chad] We don’t have an auto-change or auto swap function on our systems, so I literally have to really quickly rescan for the frequency. I allow myself four spare frequencies for my ears, which are calculated for any modulation, and four for mics. If that happens, I can grab one of those spares and dump it. But then I need to resync the pack to the racked unit. It’s not a seamless process by any means.

[MM] Between running Mastermind and working with KC and the Sunshine Band, you must be very busy. Are you going on the road with any other artists?

[Chad] I used to do more onesies–twosies, but not much in the last few years, because I’ve become so busy. Personally, it has been an interesting dichotomy—while KC’s schedule has slowed a little, my company has grown increasingly busier. I’m at this kind of happy middle point now, but I don’t have a lot of time to go out with other artists like I did in the past. Through the years, I went with Whitney Houston to the Winter Olympics in Turin, Italy, did a couple spot dates with Elton John, toured with Sugarland for six months and filled in for bands like Maroon 5 and others. It’s fun to jump in and do something here and there, but lately, I just haven’t had the time.

[MM] Do you prefer monitor work or front of house (FOH)?

[Chad] I really enjoy both. If I do monitors, I prefer mixing in-ears, because I get to create little worlds in people’s heads. You can make it seem like a CD and create an entire environment, which is cool. I also enjoy mixing FOH, though. At this point in my career, FOH is almost like a vacation, because I don’t have 32 mixes. For the most part, I just have left-right-center and a sub. I got to mix FOH at the NAMM Show on the HARMAN stage, which was really enjoyable. Eric Friedlander from HARMAN and I tag-teamed a bit. He would do a couple bands, and then I would do the rest.

[MM] How do HARMAN products fit into your work with Mastermind?

[Chad] Several years ago, we bought into JBL with VRX932LAPs and VRX918SPs, SRX 712M stage monitors and the original Crown I-Techs, and that’s where we started building our systems. They’re probably eight years old now and still work fine, everything has held up well. Then, we bought the JBL VerTec 4886s, which became our mainstay. In fact, we may have been the first people on the West Coast to buy them and have done a ton of work with them during the past few years. We use them for corporate events and have now also gone into using the JBL VTX V20s, which sonically, I personally love. And, my guys and I have just fallen in love with the rigging on them. All of our non-powered speaker line is JBL, Crown I-Tech 4x3500HD and I-Tech 12000HD amplifiers. We also have a bunch of the new JBL VTX M Series monitor wedges—the VTX M20s and VTX M22s are just fantastic.

Many thanks to Chad for sharing his insights on working with KC and the Sunshine Band! Are you a monitor engineer? How do you develop rapport with your artists? Share your experience in the comments. 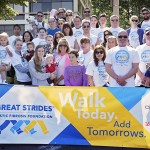 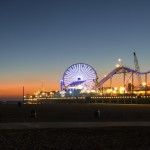