Putting the Dance in DNCE: An Interview with FOH Engineer Brian Pomp 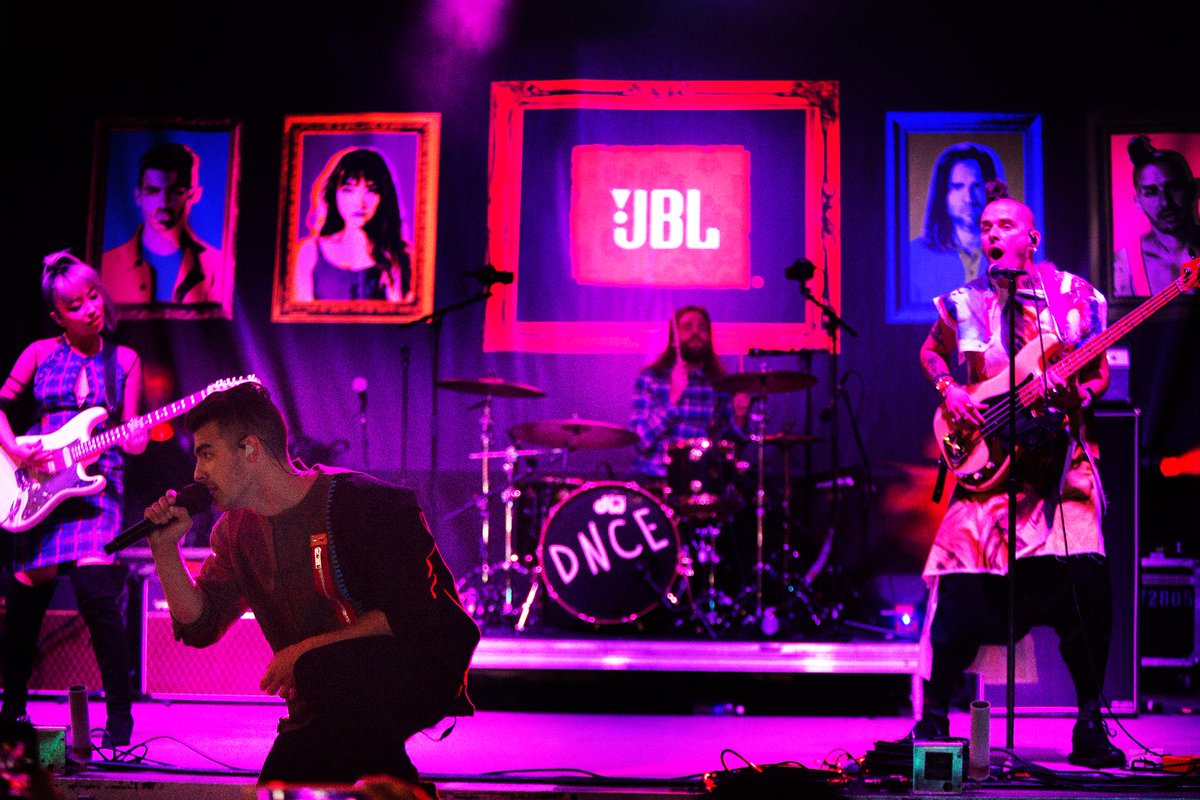 Front of House Engineer Brian Pomp has mixed for some of the biggest pop and rock acts in the world. From Avenged Sevenfold and Hollywood Undead to Ke$ha, Kris Allen, Macy Gray and Iggy Azalea, Brian’s experience runs the gamut of high-energy, high-polish acts that bring a lot of excitement and production to their shows. Currently, Brian is touring with pop band DNCE. Led by frontman Joe Jonas, multi-platinum band DNCE received the MTV Video Music Award for Best New Artist in 2016.

[SKD]: How did you get started doing live sound?

[BRIAN]: I’ve been a musician my whole life. When I was a kid, my parents forced me to take piano lessons, and I hated it. Now that I’m almost 40 years old, I wish that I’d paid more attention to it. As I grew up, I picked up more instruments along the way. I learned to play the bass guitar, and I started getting into the technical side of things—bass amps, pedals and gear. Things just spiraled from there.

I started doing sound at local clubs in Phoenix, AZ, where I was living at the time. I kept learning, absorbing everything I could and reading every publication I could get my hands on. I was also playing in various bands during this time, from about age 16 to my early twenties. I find that when you’re in a band, especially garage bands, everyone in the band has their strong suit. The guitarist in my band was strong on the production side—writing and crafting songs. Another guy in my band was really strong in marketing, and he was really big into doing flyers and whatever sort of media he could get a hold of to let people know we were out there and what we were doing. My strength in the band was always the technical side. I was the guy who wanted to record and handled all the technical stuff. Whenever we were in the studio recording anything, I was the one who was really close to the engineer, asking lots of questions, trying to learn and understand the process. Eventually, it got to the point where it just became what I did and what I was doing as a job, as opposed to this hobby on the side.

[SKD]: How did that develop into you becoming the front of house engineer for DNCE?

[BRIAN]: Well, I started out going out on tour with bands and doing studio stuff here and there. Eventually, things built up, people started trusting my work, and I got to the place where I was working with bands like DNCE, who are on top of the world right now. I feel very fortunate and very lucky, but I also know that I’ve worked very hard to get where I am as well. Of course, I feel like I have a long way to go, too. I feel like I’m still at the beginning of something. I’m not even where I want to be. It’s something I keep doing and keep pursuing and keep having a hunger for it.

[SKD]: What is it like mixing for DNCE? When you have a band as popular as DNCE, people already have an idea of what the band sounds like in their heads. How do you take that into account to keep it fresh, but still familiar?

[BRIAN]: When you listen to any of DNCE’s recorded songs, there’s a certain amount of energy that you get on the record, but as good as that is, you’re still only getting part of the picture. When you’re at a show and seeing them perform live, there’s a different level of energy that they give off, and there’s a different level of energy that you give back. I feel that it’s the front of house engineer’s responsibility to harness that and properly present it to the audience sonically. It’s about harnessing what they’re doing live and what you’re seeing them do, and making that translate through the PA, so the audience enjoys it and feels it.

With DNCE, it’s easy to say, “Oh, they’re this pop band,” but they are such a dynamic band. They have songs that cover so many different areas in the dynamic range. They have a song called “Truthfully” that is very introspective, quiet and a dynamically soft piece, and when they perform it on tour, Jack [Lawless] comes down off his drum riser and sits with the rest of the band. He plays the tambourine, JinJoo [Lee] is sitting down playing her guitar, Cole [Whittle] is playing a ukulele, and everyone is huddled around each other playing. It’s a more intimate setting.

Then, a couple songs later, they’re full throttle again. Jack is back bashing away at the drums, Cole is hanging from the rafters, Joe [Jonas] is there as the focal point for everything and JinJoo is just on fire, shredding guitar solos all day long. They go from one place to the next throughout the set, and you just have to keep up with it and hope that you’re able to present what they’re doing properly to the audience.

[SKD]: So is that something you can learn how to do? Or is it more a culmination of things and not a specific thing you can study?

[BRIAN]: There are so many components of mixing sound well. You can go to a recording school and learn everything technical that you need to know, but you have that innate sense of what something is supposed to sound like, how certain elements are supposed to sit in the mix, and what to do to a particular instrument or element to treat it and make it sound pleasing and musical. You can’t teach that. That’s something you have to develop on your own, and you have to have an innate sense of it. Some people just get it, and the people who get it, if they stick with it long enough, they move on to bigger gigs, because other people see that they get it and trust their judgement.

I could tell someone until I’m blue in the face what to do with a snare drum. You can go to school and learn about mic techniques, reverb, compression, phase shifting between bands, etc. There are certain things that are tried and true, and you can go and learn all of that technical stuff, but what you do with it is an art. You can teach someone how to play piano, but they have to know how to make it sound “right.” It’s the same with mixing sound. It’s something you learn over time, and you’re either good at or you aren’t.

[SKD]: What role do you feel technology plays in that case? How does the tech help you get the effect and sound that you want?

[BRIAN]: There’s a lot of thought and debate on this that I’ve had with people over the years, and I even have with myself. On the one hand, if you’re really good and proficient at what you do, you can make anything work. However, having the right gear can really enhance things, make things sound better and take it to another level. Is all of the gear that’s available now indispensable? Not necessarily. Does it enhance things? Absolutely.

For instance, on this last tour, I took four Soundcraft Realtime Racks that are powered by Universal Audio’s UAD plug-ins. In my studio at home, I use UAD plug-ins on almost everything, so being able to have that caliber and quality of sound and use it in a live environment really made everything very clean and polished.

Part of the reason I got into mixing was that I would go to so many hard rock and metal shows as a teenager and just felt they sounded terrible. And this was before I got into mixing and knew what all went into it. I’d listen to a CD, and I’d get one thing, and then I’d go to the show and hear another thing. It wasn’t the experience I was expecting.

That’s why the Realtime Rack is so great. Having the ability to use what you use in the studio, but use it live and achieve that more refined and polished sound from input inserts all the way up to bus inserts and master effects was a total game changer. I’m able to use those same tools and have them fit in a nicely condensed package that sounds amazing—just like what you’d hear in the studio. I may as well have my entire studio on the road with me. That’s the equivalent experience that I have in a live capacity.

Mixing pop acts as I’ve done the past few years, there are a lot of expectations from the management, label and audience that it be perfect. Everything needs to be polished, and every detail needs to come out. Having the right gear helps with that. I think a good engineer should be able to accomplish a good majority of that no matter what, but having the gear and having the technology brings it to a different place.

[SKD]: Do you have any final advice to give those sound engineers who might be aspiring to work at your level one day?

[BRIAN]: Be totally obsessed with this. Make it your obsession. Keep at it. Keep practicing at it. Take every gig you can. Learn. Be in the fire. Do as much as you can, and take every opportunity to experience and learn something. Talk to people who have been doing this longer, and try to get tips and pointers. Read every publication and blog. Study even the most seemingly pointless detail. Learn all of it. It needs to be your obsession if you want to excel.

But that applies to everything. Take professional dancers. I do a lot of pop stuff, so I see a lot of dancers. They never stop moving. They’ll go outside on a break from dancing all day inside with the artist, and outside, they aren’t sitting still. They’re still moving and stretching. It just becomes an extension of you. You have to become almost annoyingly obsessed with what you’re doing.

Many thanks to Brian for sharing his insights with us! Are you an experienced front of house engineer? Share your advice to aspiring mixers in the comments. 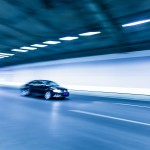 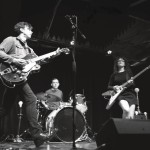