Exploring the Unexplored, Delving Into Thomas Dolby’s “The Speed of Sound: Breaking the Barriers Between Music and Technology: A Memoir” 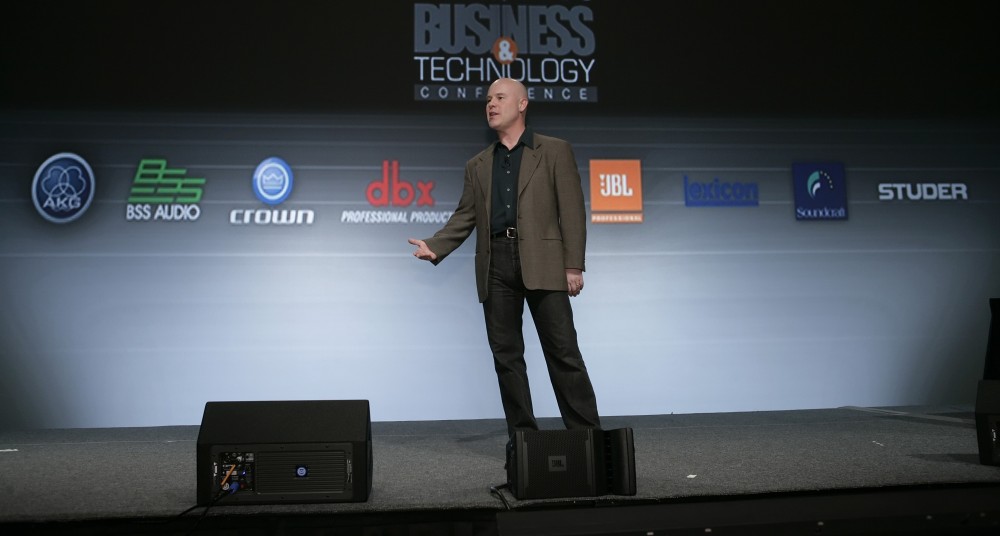 Thomas Dolby is best known as an 80s synthpop star who lit up the airwaves with hits like “She Blinded Me With Science” and “Hyperactive.” But, as it turns out, those early recordings were only the beginning of an expansive career in which Thomas has delved into myriad creative and technical mediums. The eloquent Englishman recently released his first book, “The Speed of Sound: Breaking the Barriers Between Music and Technology: A Memoir,” which recounts his extraordinary odyssey, moving from one unlikely undertaking to the next.

A few years ago, Thomas visited with HARMAN employees, sales representatives and distributors at our Business Technology Conference (BTC) in Los Angeles, where he discussed his progression from performing

musician to technologist, his cell phone patent innovations and his philosophy of maintaining a wide-open view of possibilities in problem solving. These ideas and anecdotes are vividly portrayed in his new memoir.

With HARMAN Professional Solutions’ kindred affection for breaking down the barriers between music and technology, we were eager to speak with him again about his work, the book and his two unique recording studios on two different continents.

[MM] Reading your book, I was interested to learn about the variety of projects you have pursued in your career. From launching a Silicon Valley startup to serving as musical director for the annual TED Conference, you seem to have an instinct for veering into diverse fields.

[Thomas] I think my instinct is to dive into things that feel unexplored, where some of the creative possibilities are unrealized. For example, in my early days of the music business at the end of the 70s, punk rock and the new wave were grabbing the headlines, but there were also the early beginnings of an electronic music underground in the U.K. The springboard had been German electronic bands like Kraftwerk and Tangerine Dream. Some of Britain’s own iconic heroes, like David Bowie, dabbled in so-called krautrock, with albums like “Low” and his work with Brian Eno. In those days, synthesizers were very hard to get your hands on. They were expensive and not very reliable. They didn’t stay in tune and it wasn’t always easy to record them in combinations with other instruments, so that was a very appealing area for me to dive into. You couldn’t help feeling like a pioneer because so few people were working in that field at the time.

MTV videos came along and I felt the same thrill. Ditto with music on computers in the middle and end of the 80s. Then, it was the beginning of interactive music, the Internet and the world wide web in the 90s and working with mobile devices, ring tunes and so on at the end of the century. More recently, it was about becoming a university professor and an author. In each situation, I was drawn to the creative possibility of expressing myself in a new medium. Even though in most cases, I didn’t know what the heck I was doing.

[MM] Is there still a musical frontier that you are interested in pioneering?

[Thomas] At this point in my life, I’m not really drawn to making music with synthesizers, samplers and computers because I had a lot of fun doing that in the day. The technology has gotten very accessible, which is great. It means that thousands of other people get to play with the same toys I had. But, at the same time, it’s a crowded field and it’s hard to ride above the noise. I’m happy to step back and relinquish my seat to a younger and more enthusiastic type of musician.

[MM] But you still make music; can you describe your studios?

[Thomas] Right now I’m in England, where we live on the coast in Suffolk. It’s a very low-lying area that tends to get flooded by the North Sea. My other home is in California and even though it’s also on the coast, it’s up on the bluffs without any risk of flooding. My studio there is in a shed in the garden.

But here, my studio is actually on a vintage lifeboat in my garden with the principle being that when the floodwaters come, it will rise up like Noah’s Ark.

I found the lifeboat on eBay and converted it with the help of some local traditional wooden boat builders. We took out the engine and replaced it with a wind turbine on the roof, solar panels and a bank of batteries, so I’m able to work out there day and night with only renewable energy. It’s a very inspiring place to work and a lovely place to be. It has beautiful reclaimed timber woodwork and joinery in it, but I didn’t want to compromise the authenticity of the boat by treating it acoustically, so if I need to record a string section or a choir, I will go to a professional recording studio.

[MM] What sort of work are you creating on your lifeboat?

[Thomas] In last few years, it has been a variety of projects. I made an entire album, a kind of concept album in there, called “A Map of the Floating City.” As well as an album, it was a multi-user online computer game. I also made a sort of DIY documentary about the area where I live called “The Invisible Lighthouse.” I went on a tour of film festivals and small independent cinemas with the documentary. I would project the film and do the narration and soundtrack live on stage.

[MM] I imagine that your garden studio in California is probably quite different.

[Thomas] Yes, but the environment is just as important. Often, when friends visit, they glance around my 360-degree view of the ocean and the marshes below and say, “I don’t know how I’d get any work done here; I’d just be staring at the view.” And I say, “Well, that’s me working.”

A lot of my work is done in my imagination, in my mind. Finding the sounds and the notes and the chords are just a formality, really. I always start with a blank canvas and let my imagination fill in the blanks.

If I’m in a professional recording studio, in Los Angeles or New York, or wherever, it’s an entirely different feeling. The clock is ticking; every minute is precious. I’m surrounded by experts who will hopefully take the left-brain out of the process for me, deal with tracks and input levels and patch cords and routing, so I can focus on the music.

[MM] You’ve been teaching at Johns Hopkins University these last couple of years. Is the goal to impart your approach to innovation to your students?

[Thomas] It’s less about innovation than encouraging a spirit of exploration in my students. My current class is called “Music for Filmmakers” and teaches aspiring filmmakers what the role of music is in the finished product. What is the reason for it to be there? How do you talk to a composer? How do you give a composer the right kind of direction, without cramping their style?

What I find, with this generation, is that if they encounter a problem in what they’re doing, the solution is probably just a few key presses away. They can Google it. They can download a user manual. They can find a YouTube video in which somebody shows them how to do it. They can sign up for a tutorial course. They can post a message on a forum. There are all sorts of ways to deal with those obstacles.

At almost every stage of my career, if I hit an obstacle, I had to get creative and find a way around it that nobody had ever needed to come up with before. It was in those diversions that I was at my most creative. I had to find solutions with the limited resources that were in front of me. So, I try to teach my students to get out of their comfort zone.

I’ll lock them away in an edit suite with the Internet turned off and tell them that in two hours I want them to bring their work into the main room and project it on a screen and that the rest of the class is going to critique it. They have to take the wraps off what they created and it better be good or else they’re going to be found out by their peers!

Many thanks to Thomas Dolby for sharing his expertise and fascinating work with us! 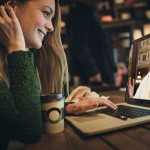 TECH TALKS: Church Video Distribution over the Internet... Previous
Braving the Elements on the Music Festival Circuit Next 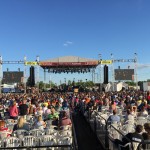