Welcome to the latest installment of our Innovator Spotlight. In this edition, I’m pleased to introduce Roger Huo, Sr. Principal Acoustics Engineer at HARMAN Professional Solutions in Shenzhen, China. Roger is an extraordinary innovator who assembled his first loudspeaker and amplifier when he was 15 years old. As a student in middle school, he was fascinated by sound and set his sights on a career in acoustic product research.

Since then, he has developed a wide array of loudspeaker products for cinema, installations, touring and portable live sound. Additionally, Roger has been a major force in positioning HARMAN as a principal player in China’s thriving Karaoke Television (KTV) market and has had a significant role in establishing the Shenzhen Design Center

As an undergraduate, Roger studied acoustics at the Ocean University of China and later earned a Master’s Degree in Industrial Engineering from the South China of Technology. He launched his career at GuoGuang Electric Company (GGEC), where he spent 12 years as a senior acoustics engineer, then worked for nearly a year at Tymphany as a loudspeaker system engineering manager.

In May 2009, Roger became the first acoustics engineer to be hired by the SDC. Soon after joining HARMAN, he assembled a team that included a transducer engineer, three systems engineers and two mechanical engineers. Under Roger’s guidance, the SDC’s original basement acoustics lab moved into new state-of-the-art quarters featuring an anechoic chamber, power test room and listening room.

Among his many achievements, however, most notable is Roger’s groundbreaking JBL KP Series. Grasping the potential of China’s KTV market, Roger and his team wanted to develop loudspeakers that would expand HARMAN’s KTV market share. “Karaoke clubs are extremely popular in China and there was a need for loudspeakers that offered balanced performance for singing and playing music,” said Roger. “They had to have an elastic, enveloping bass sound and the durability to withstand the abuse KTV speakers experience.”

After two years of development, in 2011, Roger’s team launched HARMAN’s first KTV loudspeaker product, the KP6000 Series. Two years later, the KP4000 Series was released, followed by the KP2000 Series, in 2015. The loudspeakers quickly won the KTV market. In just five years, the KP Series became the bestselling high-performance KTV loudspeakers in China, with HARMAN emerging as the biggest player in the region. “When a newly launched loudspeaker product is recognized by the market and has good sales, it’s personally very rewarding,” said Roger. “This has been a great experience for my whole team.”

“The KP6012, redefined quality KTV sound and is now recognized as the standard-bearer in the field,” said Roger. The KP6012 uses patented JBL Differential Drive® technology and features a 70˚x60˚ coverage pattern waveguide. Roger also equipped the KP6012 with an advanced compression high-frequency driver and JBL’s SonicGuard technology to protect it from excess power without interrupting the performance.

Another innovative feature of the KP6012 is its use of Bass Stream Enhancement (BSE), which Roger developed to separate low frequencies from the overall output and treat them separately. This allows the loudspeaker to produce a stronger deeper bass sound than conventional 12-inch full range loudspeakers and provides the audio illusion of the presence of a subwoofer.

When not at HARMAN developing new products, Roger often hikes and cycles on the beautiful trails that draw visitors to the Shenzhen region. Along with his wife and two children, he likes to spend holidays and weekends on an island or at the seaside. He also enjoys visiting karaoke clubs with friends, but refrains from singing at them.

HARMAN is grateful to have an innovator like Roger Huo on our global team. Many thanks to Roger for his outstanding contributions to the audio industry.

Do you have what it takes to become a HARMAN Innovator? Introduce yourself in the comments and visit https://jobs.harman.com/ to learn about our current opportunities at locations around the world. 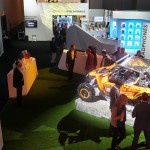 We're at CES This Week! [Updating Blog] Previous
How Processing Works for LED Video Next 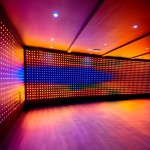