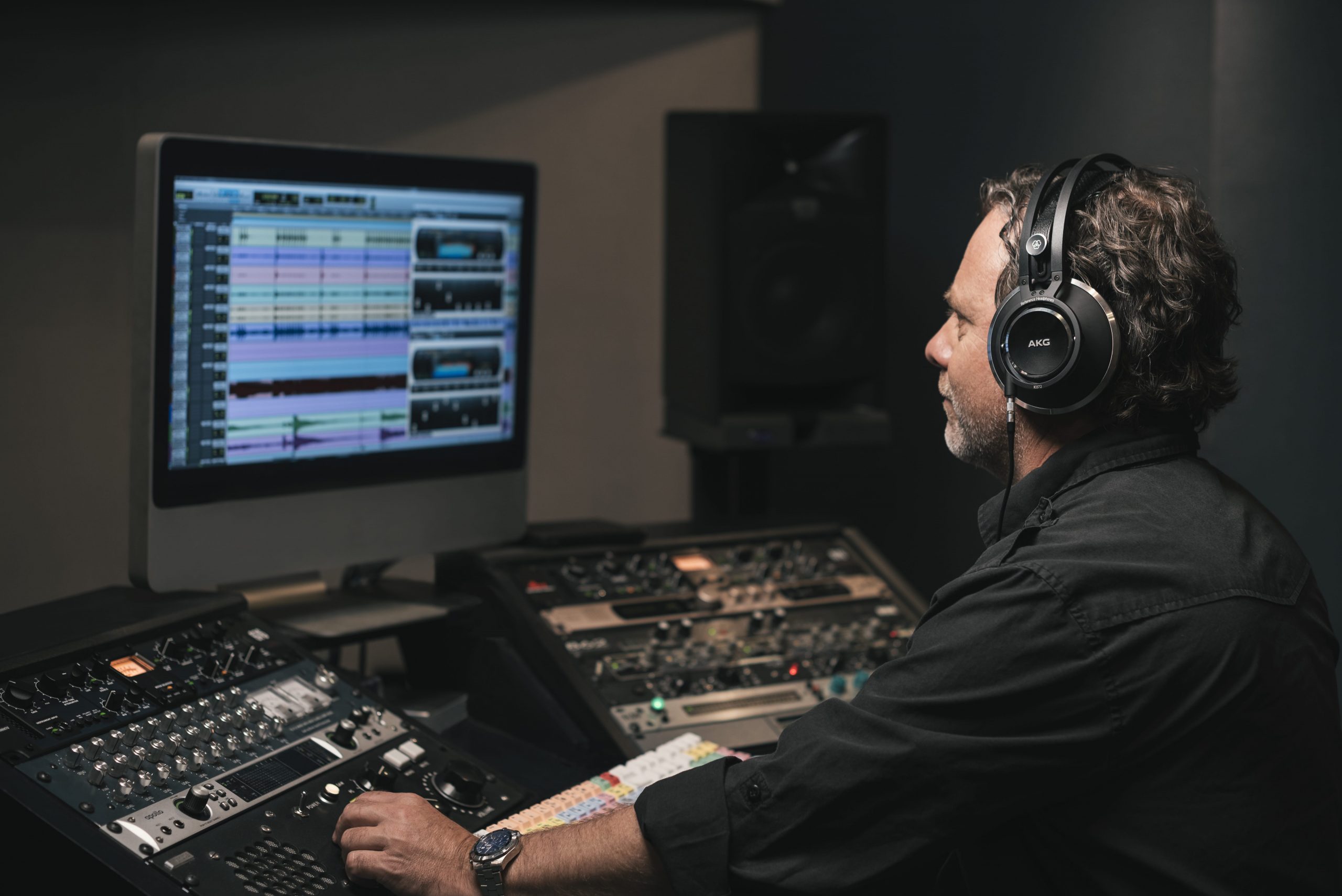 Reverb is the great mix lifter: It adds drama and definition to your tracks and creates a sense of space in your soundstage. It’s both a corrective tool and a creative tool, and when masterfully applied, it adds depth, warmth and definition, and can transport listeners to just about any concert hall on the planet.

These days, home recordists have seemingly endless choices when it comes to digital reverb. With so many effects, settings and presets, it can be easy to go down a serious wormhole in the search for the perfect tone. So we talked to four studio engineers at the top of their game to learn some of their go-to tricks for polishing their tracks to perfection with Lexicon reverbs.

(New to Lexicon reverb plug-ins? Get up to speed here. For pro tips for using delay, pitch shifting, choruses and other Lexicon effects, check out our guide.)

“I do a lot of orchestral projects, and the Lexicon PCM Native Reverb Bundle is my go-to reverb solution,” says Parnin. “It sounds incredible. I’m a big reverb-blend guy, so for album projects, my usage often looks like this:

Using three different sends, Vintage Plate is the main vibe. Along with that, I will usually blend in the Concert Hall algorithm (using the Concert Hall – Light setting for more highs) and the Native Hall algorithm (using the Native Hall – Med Hall setting for more body and lows). It’s all about setting the predelays correctly and setting different tail times within the blend so the end result lands as one natural, cohesive energy.

Home recordists have seemingly endless choices when it comes to digital reverb. With so many effects, settings and presets, it can be easy to go down a serious wormhole in the search for the perfect tone.

For 5.1 projects, film and PBS concert specials, utilizing different reverb algorithms appropriately has been a godsend. Usually there’s a more album-type blend in the front stereo, a touch of Vintage Plate buried in the center dialog/vocal channel and a separate, venue-specific algorithm (usually Concert Hall or Hall) in the rears.

For rock/indie projects, I use a lot of analog reverb and effects (EMT 140, Fender/Gibson amp spring verb, Echoplex, etc.) but when needed, I bring the Lexicon Vintage Plate underneath to help achieve the perfect end times and missing ambience. Or, I often send the analog reverb return to the Vintage Plate, perfecting or tweaking the spread and end time that way.

Another technique I rely on is using the Vintage Plate with no predelay and panning it mostly in mono ( L < 20, R > 20) a la the Beach Boys. This works as a great ‘tie to the track but not in an obvious reverb-usage manner’ tool. Subtly used, it’s very effective in mono usage, staying separate from your other stereo effects especially if there is a predelay on the stereo reverbs or any analog reverbs.

In all of these cases, I often add a de-esser and an EQ before and after the reverb plug-in controlling the highs and often warming up the lows.

In addition to the classic delay and chorus/splits usages of the PCM Native Effects Bundle, there are some hidden treasures in there. One fun trick is creating a cool, ethereal pad of beauty floating behind the bridge of the song using Native Resonant Chords and/or the Stringbox algorithm. Take the downbeat of something in the track (vocal, guitar, etc.) and send it to the plug-in. Find cool pedal tones or automate when needed for chord changes. This is also great for tripped-out vocal effects.”

“Lexicon reverb has been a staple in the recording community for decades,” says Shanahan. “It’s legendary. I personally use the PCM plate and chamber a lot with vocals.

As a general rule of thumb, I love the colored plates for lead vocals to add depth and width. I typically like to keep them short (1.2 to 2-second decay) with a 20 ms predelay. Then, depending on the song, I’ll roll off the highs a little bit so I don’t hear the sibilance in the reverb. This functions as a ‘glue’ that really keeps a vocal together.

I also like to use the PCM Hall or Chamber when creating vocal FX such as reverse swells and throws. I’ll usually have the predelay set at 0 ms and the decay at anywhere from 6 to 12 seconds. At longer lengths, I’ll print the reverb so I can edit the perfect effect I’m going for.

The PCM bundle has everything you need to make vocals, drums, just about any instrument sound great. It’s a must-have in every mix.”

PCM Native Bundle Room Reverb: “This one is in my template, ready to go at any time,” says Powell. “On live drum kits, the Drum 2 preset is my starting point for giving the drums so much more size and life. The depth that is added typically results in a lot more weight to the drums, particularly in dense mixes. I’ll use the Medium Spaces – Classic Ambience when dealing with programmed drums. Often tracks come to me quite flat and two-dimensional, but adding this effect to certain elements (hi-hats, percussive loops, off-beat hits) will help separate them from the kick-and-snare anchor and give some depth to the soundstage. The ear shouldn’t really hear specifically what’s happening, rather just know something is going on, so subtlety is key: Low levels and experimenting with diffusion and high-frequency roll-off will make it fit nicely. Reverb times rarely go above 0.8 seconds.”

Reverb is both a corrective tool and a creative tool, and when masterfully applied, it adds depth, warmth and definition, and can transport listeners to just about any concert hall on the planet.

PCM Native Bundle Vintage Plate: “For vocal treatment, the Vocal Plates are the obvious go-tos; it’s hard to go wrong. I often jump straight toward the Bright Vox if I want a little shimmer, and the Small Vox Plate if I want something subtle; it’s great for hip hop. The presets more often than not sound great and sit nicely; I just adjust the predelay and reverb time to taste. For a really cohesive vocal sound, set up a send directly from your vocal and also take a send from your vocal delay returns to help set them back in the soundstage behind the dry vocal. The Gold Plate preset set to 8 seconds makes for a great reverb throw on vocals!”

PCM Native Bundle Chamber Reverb: “I’ll keep a Medium Chamber available whenever I’m mixing; it’s a great way to add size and width to just about any instrument, particularly synths, pads, electric guitars and almost anything I throw at it. I keep an eye on the BassRT and just pull it back if the bottom end starts building up too much. It’s hard to go wrong.”

PCM Native Bundle Hall Reverb Plug-in: “The larger-than-life snare shots on Miguel’s ‘Candles In The Sun’ were created using a Large Hall setting from the Hall plug-in set to around 8 seconds. A Large Hall set to around 1.5–2 seconds was blended on Nick Cave’s vocal on the recent Nick Cave & the Bad Seeds album, Ghosteen. A classic, instantly recognizable sound and feel to that algorithm.”

“No one does reverb better than Lexicon, period—and with the PCM 92, I can create the spaces I wish recordings were done in,” says Gariano. “In music, the space you record in makes a huge difference, and when that acoustic space isn’t available—as is far too often the case nowadays—I can put my audio source wherever I like, as if I just snapped my fingers and the drums or vocal or guitar is suddenly in another place I wish it was to begin with, which other reverbs just can’t do. The PCM 92 has that mojo, that special sauce, that je ne sais quoi that make it stand above every other reverb out there. And, don’t even get me started on the chorusing fx and pitch-shifting this thing can do. Wow!”

Ready to start taking your mixes to the next level with Lexicon effects? Choose the bundle that’s right for you:

PCM Total Bundle: Our flagship collection offers the signature “Lexicon Sound” we’re legendary for, in a collection of native plug-ins. This powerhouse package features 14 reverb and effects plug-ins—everything available in both our Native Reverb Bundle and Native Effects Bundle—along with hundreds of versatile presets, stereo/phase meters and a graphical real-time display.

What are your favorite ways to use Lexicon reverbs? Let us know in the comments! 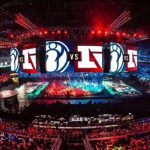 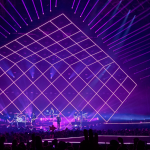