My name is Susan Rose and I’m a lighting designer, director and programmer. Over the years I’ve toured with major artists including Ringo Starr and his All-Starr Band, Louise Mandrell, John Berry and Hank Williams, Jr., in addition to programming shows for the Dove Awards, Disney, Dollywood, SeaWorld and many more. My book “Whole Hog Quick Reference Guide” is an industry-standard in console programming instruction.

Over the years I’ve developed a system I can rely on that makes it easy for me to get around quickly and program on any console. In this article, I’ll share some of my personal tips and tricks for programming dynamic lighting cues on the fly. Let’s dig in!

I started my career on a Hog and to this day, I lay out any console I work on like a Hog. My views are always pretty consistent so I can quickly feel familiar with any system. This way, I always know where to find my groups, colors and palettes.

For me, organization of groups is key to being able to get around. I use my own system of numbers to identify fixture types in a rig. For example, I’ll patch larger spot fixtures at 201, smaller spot fixtures at 501, medium spot fixtures at 701, moving wash fixtures at 601 and so on. Having a consistent number system allows me to quickly identify my fixtures by type without looking at a plot.

Personally, I like to adjust the pan and tilt of every fixture to begin in the same direction. This means rotating the tilt, and offsetting the pan if they’re hung sideways, so that all fixtures begin facing out towards me. This helps with both uniformity and muscle memory.

Utilizing inverting pan and tilt can save time by establishing a uniform starting position.

When fixtures are all facing different directions, it slows you down. But if you take the time to establish a uniform starting formation, it’s easy to quickly know which direction to move to achieve the look you’re going for.

Whether I’m programming a concert tour or theater production, I organize and number my rig from downstage to upstage, left to right from the house perspective (or stage-right to stage-left). I arrange my fixture types in columns, and I type these fixture numbers into each layer. If I have to troubleshoot a specific fixture, I can just look at my groups and I don’t have to count numbers—its labeled right in front of me.

I also arrange groups by function, so if I have certain dedicated fixtures, I’ll put them on a scenic group or a special group and so on. That way, everything is isolated by where it is in the plot and what type it is.

I can’t stress how important it is to build palettes and focus presets. If you’re programming an entire show’s worth of cues with hard values and the piano player moves five feet, it won’t be easy to make those adjustments. I create focus presets for everything, even if it’s a single light on a piano.

My cues reference these presets including the color and beam. If I have to make an adjustment, I can just update that one preset and the whole show is good. The alternative would be to update every single cue manually, and that would take too much time.

It’s also a good idea to incorporate embedded presets into your palettes. When starting a show, I make generic positions—like center, X1, X2, aprons and audience focuses—and I use these embedded palettes to quickly access similar looks without having to recreate them every time.

Time is money when we’re programming. I’ll use these embedded palettes to make multiple looks out of various presets. I can record these looks and if at any time I want to change a fixture, I simply update that preset and it automatically updates all of my looks.

Many years ago, I learned that if you have hard values being applied in every single cue and effects applied over thousands of channels, it eats up your console memory very quickly. I remember programming for a Ringo tour and I maxed out the memory halfway through a three-minute song and didn’t know how to proceed. I had to rethink how to program, and I learned a new technique that I still use to this day.

Use macros to turn effects on and off.

When I’m riding my effects, I don’t record my effects directly into the scene. Instead, I use macros to turn my effects on and off. If I’m using the same effect over and over, I’m not wasting memory re-writing it every time. And I can still make the effects look different for each song by programming speed masters for pan, tilt, intensity chase and zoom.

Another thing I’ve learned is to use inhibitive faders for more than just balancing out levels. I can stagger my spot fixtures or split them into odd and even, and use negative inhibitors to remove intensity or bump-flash to the music. This helps because I can decide in the moment to pull out certain fixtures from a preset and bring them back in, just to keep some variety happening for building.

Whether I’m cueing music for a concert, for an artist or for a production show, the cue structure is very important. I come from a musical background, so I tend to program like a musician playing an instrument. This means I want elements to build from intro to verse to chorus and so on.

I’ve noticed a lot of younger LDs approach their cues by programming one effect after another—and it’s great to know how to do all of that—but there should be a purpose for each movement and each effect. I create a cue list that breaks down and labels each section of the song musically—whether it’s the first verse, the second chorus or the guitar solo. This way, I know what the musical purpose should be in each cue.

An often-overlooked cue that’s very important is the “talk cue.” I make the talk cue my first and last cue in every song. I select a group of wash fixtures that can easily crossfade into blue, so that I can easily transition from song to song without seeing a bunch of fixtures flash and move around.

An often-overlooked cue that’s very important is the “talk cue.”

This also works for television awards shows, where you need a basic look between segments and presentations. I record all my intensity, color and beam information into this preset, and if the show’s producer or production manager wants to make a change right before the show, all I have to do is update my talk preset and it takes care of the transitions between every song.

You may find yourself working on a touring production that uses different rental gear in each city, so you can’t use the same lighting configuration every night. When faced with the possibility of producing the same show on different fixtures, I’ve learned to set my shutter and strobe information in the embedded preset of the talk cue. This way, if I need to adjust my DMX values to work with different fixtures, I can just update that in the starting cue and then my rig will adjust to the configuration.

Something that I try to teach young progammers is to properly label the cues to make it easy to run—not just for yourself, but for any other operator that may have to run your show. I’ve had to program shows for theaters and cruise ships, and often someone else is running the show. In these situations, it’s necessary for me to clearly label every cue in the show so that someone else can step in and press the go button, and know exactly where they are in the show.

This is important even if you don’t anticipate someone else running the show—if you get sick, or have to step away for any reason at all, another operator can keep the show going. You can use the notes column to indicate any visual cues that may help the operator, such as “dancers stage left.”

Become familiar with making generic cue lists that can serve as a universal starting point. Sometimes you’re in a situation where you’re asked to operate a show that you’re unfamiliar with, and there’s not enough time for rehearsal—you just have to make it up as you go. Your biggest friend during times like this is your generic cue list. It might look something like this:

Generic cue lists can be a lifesaver when there isn’t time for a rehearsal.

Make a copy of this generic cue list for each song. Then you can spend some time adding different embedded presets and palettes, while still having a solid starting point with lights coming on and effects ready to go. It’s a quick way to look like you have the entire show cued without having the luxury of several hours of programming time.

This is the kind of practical information they don’t teach you in school—instead I had to learn and develop these techniques during my career. I can’t even count the times I was thrown into situations where I had to work on unfamiliar rigs that I didn’t design. Armed with these tips and techniques, you’ll be ready to program dynamic light shows quickly and easily—on any console! 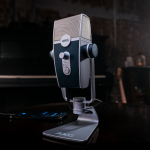 How to Get Studio-Quality Sound From Your Smartphone... Previous
How to Choose the Perfect Portable P.A. for Your Live... Next 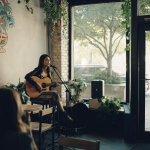 Susan Rose is a successful lighting designer, director, and programmer, having toured with major artists including Ringo Starr and his All Starr Band, Louise Mandrell, John Berry, and more. Her self-penned “Whole Hog Quick Reference Guide” is an industry-standard in console programming instruction.