TECH TALKS: How Accurate Reference Monitoring Can End the “Circle of Confusion” 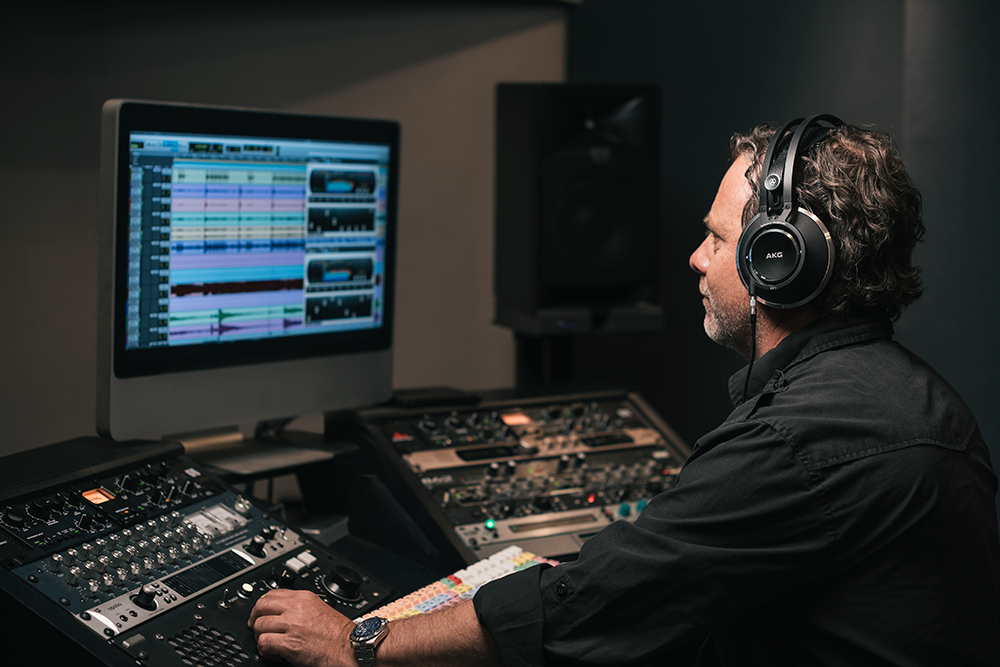 In a special edition of Tech Talks, we’re speaking with Dr. Sean Olive, a member of the Board of Governors and past President of the Audio Engineering Society (AES) as well as Research Fellow, Acoustics at HARMAN Professional Solutions. Dr. Olive, who holds a Ph.D. in Sound Recording from McGill University, has worked as a research scientist at the National Research Council of Canada and taught recording engineering at the University of California, Los Angeles before joining HARMAN in 1993 to lead acoustics research. He has written more than 45 research papers on the perception and measurement of audio and was awarded the AES Fellowship Award, two AES Publication Awards and the Association of Loudspeaker Manufacturing and Acoustics (ALMA) Titanium Driver Award for scientific contributions to the loudspeaker and headphone industry.

Dr. Olive recently presented a paper titled, “A Scientific Basis for Choosing Loudspeakers and Headphones for Recording and Broadcast” at both NAB and InfoComm. The paper focused on the need for better industry standards in order to create more accurate reference monitors across the board for broadcast and recording. Since reference monitors are a very important topic for recording and broadcast audio engineers, I reached out to Dr. Olive to learn more.

[SKD]: Perhaps it goes without saying that the recording industry has changed a lot; the typical studio is no longer this high-end Abby Road sort of setup. More and more recordings are done in a spare bedroom in someone’s house or on a hotel bed after a concert. With such simplified recording setups, why should people care about the sound profile of the monitors or reference headphones they’re using to do the recording? Why does it matter so much?

For example, if they’re listening to headphones that are lacking in bass, they may overcompensate and add bass in their mix. Then, when the listener plays it back in their car or home, if their speakers are more neutral and accurate than the engineers, suddenly they’re going to hear too much bass. Similarly, if the headphones the engineer uses are very dull, they may compensate by increasing the high frequencies, and then when listeners play it back, it may sound too bright.

An even worse issue occurs when speakers aren’t able to accurately reproduce certain frequencies. If there is a 60 Hz hum, but the headphones can’t reproduce that frequency accurately, that hum is going to be put on the recording and a listener with more accurate speakers is going to be able to hear it. If there are resonances in the speakers or headphones, the engineer may try to EQ them out and end up with dips in the audio spectrum for anyone not using that specific brand and model of headphones. When you use speakers or headphones with a more accurate reference, you don’t have that issue.

[SKD]: That’s a very good point. However, the counterargument I usually hear to that is, “Why don’t you just use what everyone else uses and get the best consumer headphones you have? If you use what they’re using, you’ll know that it will sound good for them.” What’s your answer to that?

[SO]: The issue with that argument is that one side has no way of knowing what the other side used. The consumer has no way of knowing what the engineer used, and the engineer doesn’t know what the consumer will use either. Matching what the other side has is just impossible, because different speakers have different issues. This is why I’ve been arguing for standards, so we have more consistency as an industry. If there are standard performance requirements, we can then design both professional and consumer products that meet that same standard. That’s what we’ve been doing at HARMAN. All of our JBL Professional reference monitors are designed to be flat and neutral, and if you look at the Revel and JBL consumer speakers, they’re designed to the same targets. That way, people listening to those consumer speakers will hear what the recording engineer heard, and they won’t hear any artifacts.

[SKD]: Another thing I’ve heard when it comes to speakers and headphones is this argument that, “Well, I know these headphones” or “I know these speakers.” Can you explain that and address it?

[SO]: What I often hear is that people in the industry will use a particular speaker model and say, “I know the ‘true sound’ of those speakers. I take that into account, and I don’t try to compensate for them when I mix. I know they don’t have a lot of bass, so I avoid adding extra bass when I’m mixing.” I don’t know if that argument holds true, because they aren’t actually hearing what it really sounds like at that point. They’re guessing. And certainly, if there’s 60 Hz hum and the speaker can’t produce it, they’re not going to hear it. I think it’s a myth. There are accurate monitors, like the JBL LSR305, that are quite inexpensive and very flat and neutral as well, so there’s no excuse for not using something that’s accurate.

[SKD]: You mentioned the need for standards and recently presented a paper on this topic, discussing some of the ways we could further this. Could you talk a little bit about that and explain how it ties into this subject?

[SO]: The big theme of the paper is about addressing that circle of confusion I mentioned. If you look at audio as two components—the production/artistic side and the reproduction side—we’re never going to appreciate or hear what the producer heard if there’s not a common standard or uniformity between the loudspeakers and headphones they use for recording and a comparable standard on the speaker or headphones listeners use to play that audio back. Over the years, there has been a lot of resistance to this, even in the professional world. People look at monitors as an instrument or a tool in their arsenal, like microphones and processors that are artistic devices used to tailor the sound. Not everyone appreciates that the monitors are separate from that process and should be considered part of the reproduction side of the equation.

The paper then goes on to make an argument of what that standard could be based upon all the research we at HARMAN have done in loudspeakers and headphones. Using controlled listening tests, we found that people tend to like a certain kind of loudspeaker or headphone. We’ve tested it with hundreds of people from different cultures and age groups. They all converge on something that’s accurate and neutral. We can measure these headphones and loudspeakers and actually model and predict how people will rate them. The science is in place to develop a standard in the recording and broadcast industry that can actually quantify how accurate the monitor is.

[SKD]: So, what’s wrong with the current standards that are out there?

[SO]: On the professional side, the current standard for broadcast and recording speakers is a standard set by the International Telecommunication Union (ITU), and it’s flawed in many ways. We know from 30 years of research that to characterize the quality of a loudspeaker, you have to measure all around it. Ideally, you measure it anechoically (without echo), so you can remove the effect of the room and characterize the loudspeaker’s direct sound, reflections, late reflections, etc. The current standard doesn’t specify where to measure the speaker, and you can’t practice a standard if there are no details on how to measure it. More importantly, it doesn’t characterize the sound beyond 30 degrees, so if you’re sitting off axis or are in a room with reflections, you’re not guaranteed to hear good and consistent sound. As long as the speaker falls within some generous tolerances, you meet the standard. The science is now in place to have a more accurate standard, which is what I’m arguing that we need.

[SKD]:This look at the need for better standards across the board is more forward-looking. When people are looking at speakers or headphones today, though, how can they ensure that they’re getting a product that has the type of response that you’ve been talking about, given these standards aren’t in place yet?

[SO]: Most reference headphones and monitors list a range that says they go from 15 Hz to 30 kHz, but without a tolerance or information on how it was measured, it’s completely useless. The best thing a consumer can do is get a complete 3D set of measurements, which only a few manufacturers (JBL, for example) provide. The same problem exists for headphones. However, loudspeaker and headphone product review sites, like SoundStage, InnerFidelity or Rtings, do provide useful measurements related to how the product sounds. Soundstage uses loudspeaker measurements that are similar to HARMAN’s. The headphone measurements will be compensated based on how closely they come to something like the HARMAN target curve, and the closer they come to that target curve, the better it will sound with all things being equal.

I’d like to offer my sincere gratitude to Dr. Olive for taking time to speak with us. You can read his full paper to learn more.

Do you have insights into accurate reference monitoring? Share them in the comments. 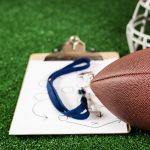 A Marching Band Takes to the Field with a Remote-Controlled... Previous
Building Your Personal PA Part 4: Getting the Right... Next 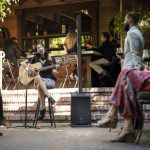