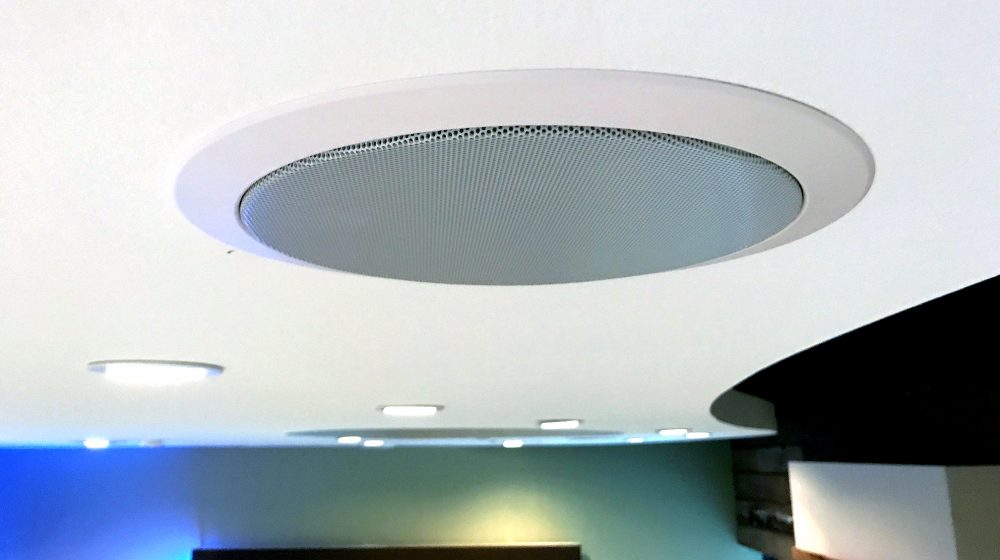 Welcome back to part three of our series on design considerations for amplifiers and speakers. This is part of a larger look at the various components in the audio, video and lighting (AVL) signal chain, where I’ve been detailing how each affects overall application design. I’ve addressed live and playback sources, as well as audio, video and LED video processing and distribution. When we moved to AVL outputs, I started with amplifiers and speakers, looking first at speaker form factors and coverage patterns, and then speaker installation considerations. Today, we turn our attention to the difference between traditional low-impedance speaker systems and high-impedance (also known as constant voltage) speaker systems.

While the underlying technological differences between low- and high-impedance systems can get technical, the applications and benefits of each are fairly straightforward. Constant voltage audio systems are designed for distributed applications with long cable runs and multiple speakers tied to a single amplifier channel.

The goal of constant voltage speaker systems is to leverage something that electric power companies have used for a long time. When electric companies run power through miles of cable, they minimize resistive power loss (electricity that dissipates as it crosses over a wire) by running it as high voltage and low current. To do this, they use a step-up transformer at the power station and a step-down transformer at each customer’s location. This reduces power loss due to the resistive heating of power cables.

Constant voltage audio systems apply the same solution to audio communications. Such a system is often used when a single power amplifier drives many loudspeakers through long cable runs (more than 50 feet). However, the use of transformers can affect audio quality, which is why constant voltage is more common in distributed speaker systems for public address, paging or low-volume background music.

Traditional low-impedance systems, on the other hand, are designed to deliver high music fidelity at a superior sound pressure level (SPL). Low-impedance systems—typically noted with an Ohm (Ω) rating such as 4Ω or 8Ω—are more commonly used in situations where sound quality is of utmost importance. For example, performance and entertainment applications, as  they typically have better frequency response (especially at low frequencies) and less potential for distortion than constant voltage systems.

The downside to low-impedance systems is that you can only include a small number of speakers on a single amplifier channel, making them more costly for systems requiring a large number of speakers on longer cable runs due to the need for additional amplifier channels to support them. In addition, cabling costs are higher, because long low-impedance cable runs require higher gauge wiring to compensate for resistive power loss.

Constant voltage audio systems, in the larger world of electrical systems, are still considered low-voltage systems. However, they run at higher voltage ratings than low-impedance audio systems—typically 70 volts (70V) in the U.S. and 100 volts (100V) in many other parts of the world.

Let’s look at an example of a 70V constant voltage system to better understand how they work:

A transformer at the power amplifier output steps up the voltage to approximately 70 volts at full power. Each speaker has a step-down transformer that matches the 70V line to each speaker’s impedance. The signal line to the loudspeakers is high voltage, low current and (usually) high impedance. Typical line values for a 100-watt amplifier are 70V, 1.41 amperes and 50 ohms.

Some amplifiers, such as the Crown DriveCore Install (DCi) Series and CDi DriveCore Series, offer direct 70V/100V output without the need for a transformer. Transformers can degrade the frequency response and add distortion—both at the amplifier end and the loudspeaker end—so using direct constant voltage output results in a cleaner overall signal.

A high-voltage line reduces power loss due to cable heating. That’s because the speaker cable carries the audio signal as a low current. Consequently, you can use smaller-gauge speaker cable or have very long cable runs without losing excessive power.

So far, we’ve been addressing 4Ω, 8Ω and 16Ω speaker systems collectively as “low impedance,” and compared to constant voltage systems, this is true. However, you may have noticed that the ohms rating on a speaker is referencing impedance, and this means an 8Ω system has a higher impedance than a 4Ω system. In these applications, it’s important to understand impedance and how it affects the selection of amplifiers and speakers. Without going into an electrical engineering discussion, impedance refers to how much the flow of electricity is restricted (or impeded) as it travels to its destination. Certain speakers, due to their design, require a less-restricted flow of electricity (that is, more electrical power), meaning they have a lower impedance rating. Other speakers consume less power (and thus have a higher impedance rating) while outputting the same SPL. The reasons a speaker might be rated 4Ω, 8Ω or 16Ω are complex, but the important thing is knowing the speaker’s nominal impedance rating (this is an average, as impedance varies). This specification, along with the power capacity (measured in Watts), allows you to ensure proper load balancing for the amplifier and speaker.

It is possible to use “series” wiring to connect multiple lower-impedance speakers to a single audio output of higher impedance (two 4 Ohm speakers into one 8 Ohm amplifier output, for example). Because the variables in these designs are complex, it’s best to consult an audio engineer when designing these systems to ensure the system functions properly and doesn’t damage the equipment.

It’s important to note that wattage output differs depending not only on the impedance of the speaker, but also on how the system is configured (bridge or dual mode). Because the variables are complex, it’s important to consult an audio engineer when selecting speakers and amplifiers for your system to ensure proper performance and prevent damage to your system.

There is a lot more that goes into understanding speaker impedance and load balancing. For more information, Crown’s “How Much Amplifier Power Do I Need?” is a good place to start.

Do you have insights into the best ways of selecting amplifiers and speakers for an AVL system design? Share them in the comments. 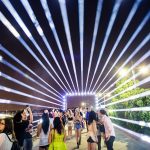 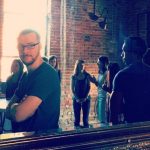