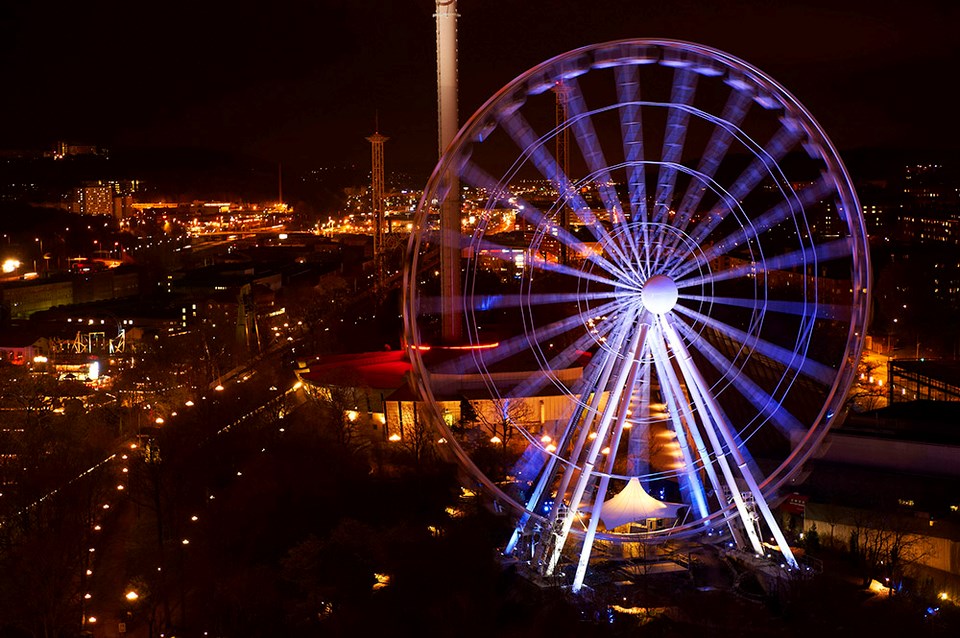 Welcome to another “Tech Talk,” where we speak with the experts here at HARMAN about the technology challenges customers face. Today, we’re speaking again with Bradford Benn, the Senior Solutions Manager, Themed Attractions for HARMAN Professional Solutions. I love speaking with Bradford about the theme park industry due to his deep familiarity with the ins and outs of theme parks. When you speak with Bradford, it’s clear he understands the problems and successes that themed attraction owners have, and can talk at length about everything from the technology challenges of a “dark ride” to the importance of the churro cart to a park’s success. Bradford explains that it is a long-standing inside joke that, as long as the food carts are up and running, the park can open, no matter if anything else in the park works.

Of course, we all want everything in the park to work (not just the churro cart), and a great way to ensure that happens is by leveraging the IT network within the park. On that point, I spoke with Bradford on the different ways theme parks can use AVL on the network to provide great experiences for guests.

[SKD] As we spoke about last time, AVL is really important in theme parks, even if you don’t always notice it. Of course, to maximize that benefit, theme park owners need ways to implement AVL inexpensively and then scale their systems as the park (and its needs) grow. The network has a big part in that, correct? How can designers use the network to get more cost-effective, scalable AVL systems?

[BB] When you are talking about a large application like a theme park, museum, university, etc., you’re talking about a big campus, and trying to get audio and video across several acres of land as simply and cost effectively as possible. By leveraging the network, rather than creating a separate, dedicated infrastructure throughout the park, you can make a more flexible solution at a lower cost. Standard Ethernet networking, even 100 Base T, can easily transport a couple channels of background audio for you, and Crown amplifiers can directly receive the audio. This may sound like a small thing, but the cost of Category 5e cabling is much less than audio cable and is much less to terminate. So, you’ve just lowered your physical cost as well as made it easier to work with.

This can also help you design your system. If you have that one area all the way at the front of the park that has one amplifier, you can put that one amplifier in a weatherproof enclosure, run a network cable to it and that’s all you need to do, because we can control it and run audio to it. Of course, as the system grows, new devices just become another device on the network.

For video and lighting, we have very similar options. We can use Art-Net, which is an open source lighting control protocol that puts DMX over Ethernet. Instead of using dedicated lighting cables all around, you can just use the same network. Depending upon the amount of traffic, you can potentially put that on the same network you use for audio. For video, the ability to put video of different resolutions on the same network anywhere in the park means you can just add another device and get that video wherever you need it. That’s one of the great things about putting AVL on the network. Once you have the infrastructure, you can add a couple more devices to expand as you get more and more successful. If you’re having to pull copper wiring just to go from two channels of audio to four channels of audio, that’s more cost.

“One of the great things about AVL on the network: just add more devices to expand.”

[SKD] Obviously, we talk a lot about networked AV, because it is such a game changer for our industry and is so powerful, as you’ve mentioned. However, what are some of the other ways the network can benefit theme park AVL beyond distribution?

[BB] There are many ways the network helps control costs for theme parks, but one great way it can help is by using the network to provide self-healing. That way, the technician can replace one device with another, and the new device will automatically configure itself. That way, instead of having a skilled laborer that is trained in audio and Ethernet networking, as long as they can connect the wires to the same place and turn it on, the system will heal itself. This can greatly reduce the total cost of ownership and will also ensure the guests hear the right audio in the right places faster.

The BSS SoundWeb Contrio Server, for example, keeps track of what devices are connected to the network and where they’re located. If one of the known items disappears and a new item appears, the Contrio Server configures the new device to match the missing device’s settings. If you connect all of cables in the same spot, it looks at the network jack, and says, “You’re plugged into the right spot to be Amplifier 17. I’m going to make you Amplifier 17. Here’s your IP address. Here’s your configuration and settings.” And it’s all done in the background.

“.@HARMAN_Pro is in the business of developing systems, not just components.”

[SKD] Talking about the BSS Contrio server gets at a point that those who follow me know is one of my favorite things to talk about: AVL monitoring. How does that work in the theme park world?

[BB] HARMAN is in the business of developing systems, not just components, that you put together to make a complete system solution. Having the Contrio Server monitor HARMAN audio devices or AMX Resource Management Suite (RMS) software monitor the entire campus allows the park operator to focus on their guests and paying customers rather than spending some of their resources and efforts toward maintaining the system all the time.

The system can now monitor itself and let you know when there is a problem, and it can also let you know about preventative maintenance. For example, it can let you know when you need to replace a projector lamp before its time is up. Because it’s all designed to work together as a system, we as the manufacturer can help configure the system to present information to management, rather than management hearing about problems from disappointed customers. That can be a huge cost savings, because you don’t have to stock as many spare parts. You can just stock smaller amounts based upon what information the system gives you. Also, though, you will know about problems before the guest complains. That’s where having it all together as a complete system can make it simple and less technical.

Once it’s installed and integrated, as the owner, you can get an email or a message on the screen that says, “There’s a loudspeaker out in planter number seven. This is the model of the loudspeaker. Please replace.” Or, the system can say, “It’s time to replace a projector bulb in this 4D theater. Order the projector bulb now, so it will be here in a week when the bulb life is up. Here’s the model number of the projector bulb.” So, we can make it so the AVL system will take care of itself and will tell the management team when it needs attention.

[SKD] So what system does this monitoring? Is this something that’s a potential for all parks or only the larger parks?

[BB] Depending on the size of the park, this can be through a BSS Contrio Server or AMX’s RMS software. For a large, 40-acre park, you might be using RMS, with two separate groups of monitored locations within the RMS software, one for the north side of the park and one for the south side of the park. For a small four-acre park, it might be able to be done with a Contrio Server for audio system monitoring along with an AMX NetLinx NX Series central controller to monitor everything else. There are different features, obviously, but the solution can be tailored depending on the size of system and the needs.

Thanks again to Bradford for the great insights! Do you have experience with themed attractions? Let us know how you leverage the network for AVL installations in the comments. 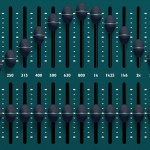 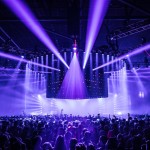