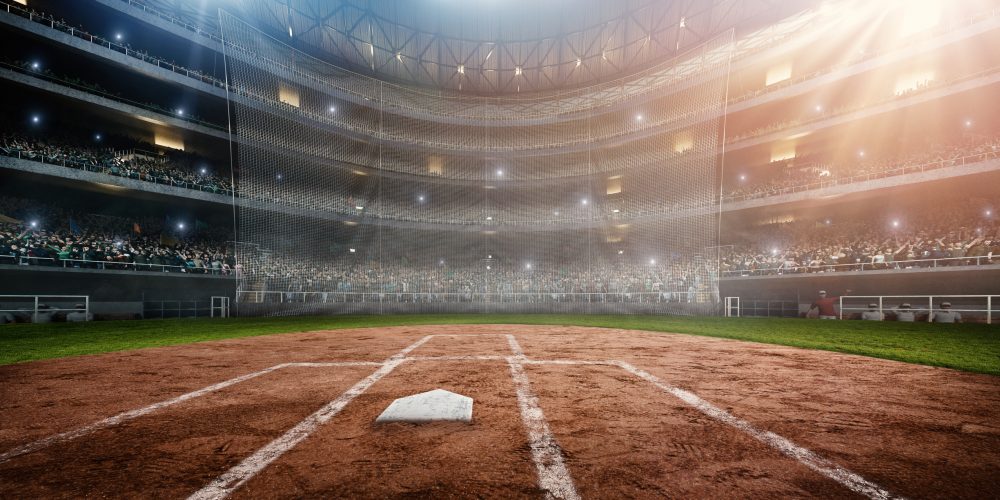 It’s summer, which means it’s baseball season in various parts of the world. In our Tech Talks series, we speak with HARMAN experts about how to solve technology problems. For today’s edition, I thought it would be good to reach out to Saben Shawhan to talk baseball—specifically, the ways that ballparks deliver an impactful and immersive experience to fans. Saben is Director of Business Development, Large Venues for HARMAN Professional Solutions and has been a professional in the AV industry for 17 years.

[SKD]: Most destination venues, including baseball stadiums, in recent years have seen challenges to increasing or even maintaining attendance. Television technology has improved greatly, and with HD and even 4K resolutions, people are saying that it is just as comfortable to stay at home rather than go out. How are modern baseball stadiums attempting to combat this trend?

[SS]: The decline we’re seeing is very much related to this idea that I can watch the game in high definition, record it and fast forward through the commercials while sitting in my PJs and getting whatever snack I want. At the same time, I can have a tablet next to me running stats, and I can be looking up information on players and other games in real time as I watch the game. The real incentive for going to the ballpark, then, is to feel part of a bigger, more immersive experience while retaining the same accessibility I have at home to all of this information. I want the ease and connectedness of home while also being part of the ambiance and experience of the baseball stadium. That’s the challenge: to keep the fan engaged in the same way they are at home, while also taking it to the next level of being at the park with the excitement of “being there” to take it one step further. That’s what will make them want to be at the park rather than be at home.

[SKD]: How can a baseball owner or manager go about making their park a go-to destination for summer baseball fans?

[SS]: First and foremost, you have to give them a seamless experience, because people aren’t going to go somewhere that’s a pain. If there’s a holdup getting in the gate, buying food or finding their seat that creates an aggravation factor that you need to eliminate. And it can be resolved using technology. Your tickets can be electronic. You can pre-purchase parking passes. You can go to your seat and use an app to order your food without waiting in line. Implementing things like that can eliminate the reasons a fan wouldn’t go.

However, once you get rid of the “bad stuff,” you need to add in a measure of “good stuff” that will make them want to go to the ballpark. You already have the baseball game and the environment you’re in, which is a destination or attraction venue, and you can really enhance that further using a great audio, video and lighting system. At home, you can hear the announcer talking and the play by play, but you don’t get the interaction between the team and the fans. When they’re playing “rev up the crowd” music and doing chanting and other elements to fire the crowd up, you’re missing that in your home. You don’t get that same experience.

So, it’s vital for the ballpark to ensure the sound system is capable of delivering maximum impact into the seats, and that it’s a stronger, heavier impact than you’re going to get sitting on your couch. And that’s in addition to the fans next to you screaming, the mascot running up and down and the players throwing their arms up in the air to get the fans pumped up. Those are all things that work together to pull the fan in that you miss when you’re not there in person.

[SKD]: What goes into creating a stadium sound system that delivers that powerful, engaging experience?

[SS]: Most importantly, the intelligibility must be good. If you can’t understand the announcer or hear the player’s prerecorded message that they’re playing back between innings, then the rest of the experience is lost. Beyond that, one thing you experience in the seats that you often don’t get in other places is the dynamics. As the plays get more intense, the next round of content and music is more intense as well. It’s going to be louder. There’s going to be more bass hitting you in the chest. It’s going to have more impact, because it’s following the atmosphere you’re in, whereas at home, you’re just hearing what the announcer says at an even volume. To really make an impact, the sound system needs to be capable of delivering powerful low frequencies and crystal clear high frequencies that remind you you’re in an entertainment venue and not just on your couch listening to your TV speakers.

[SKD]: Okay, real talk here. Baseball, in particular, is one of those sports that is prone to some slow times. That’s why people like watching the game at home, because they can fast-forward through it if they want. How can a stadium combat that and make the concourse and other areas entertaining, engaging and a place they want to be, rather than just a concrete hallway?

[SS]: Part of the modern ballpark experience is to create a way for fans to step away while remaining engaged in what’s going on. They do that by creating areas within the stadium where fans can enjoy an experience while remaining connected to the ongoing game. A ballpark could, for example, have a bar area or small performance venue where a band is playing. In that area, you could hear the band playing, but also be able to watch the game, which is distributed throughout the stadium using networked AV. Another very common example is a kids zone or play area. In that area, the kids can play, but the game could still be viewed in real-time using low-latency network distribution. That way, the parents can watch the game and won’t have this “out-of-sync” experience, where they are hearing the sound coming from the field before they see what happens on the TV. One of the great things about networked AV in the ballpark is that you can step away and still be part of the action and watch the game as it happens rather than a multi-second delay.

[SKD]: So it sounds like “a day at the ballpark” has changed quite a bit from what it used to be.

[SS]: The end-to-end experience is kind of a newer concept for professional sports. People used to be drawn just to see the game and players, and that’s not really the case anymore. The owners and managers need to take things a step further and draw in the customers, like it’s a destination. It’s not just a sporting event anymore. They’re going to see this 50,000 seat venue that’s lit up at night with architectural lighting and has a tremendous sound system in place, a wide range of food options and a club area that has a live band playing, where you can still watch the game on a huge video wall. It’s no longer just about the game. It’s about the entire atmosphere from the time you walk out of your car to the time you leave the event. If you’re not delivering an experience that whole time, you’re going to be left behind, and the fans are going to stay home and watch the game on TV.

That’s one of the great things about working with HARMAN. We have a very wide range of products to help deliver this experience at every point in the process. Driving in, fans can see architectural lighting from Martin delivering video content distributed using AMX networked AV. They then use an app built by HARMAN Connected Services to show their tickets and then order food from their seats. Excitement is built with pre-game music playing over a HARMAN audio system with JBL speakers, and then the score is shown on a Samsung LED scoreboard. Even when fans step away, AMX networked AV distributes video throughout the stadium to the Samsung signage displays, and the HARMAN audio system keeps them connected and entertained. Every step of the way, we can provide hardware to help the stadium designer in whatever creative approach they want to take, and it’s all a single platform from a single manufacturer. Creating an immersive experience requires a holistic approach, and working with a single point of contact can help deliver that.

It was a pleasure talking with Saben about ballpark technology, and the discussion certainly made me eager to find out when I can go see my home team, the Texas Rangers, play next.

Do you have insights on how to create an immersive end-to-end ballpark experience? Share them in the comments. 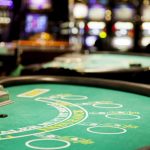 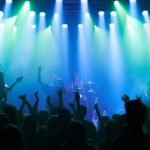