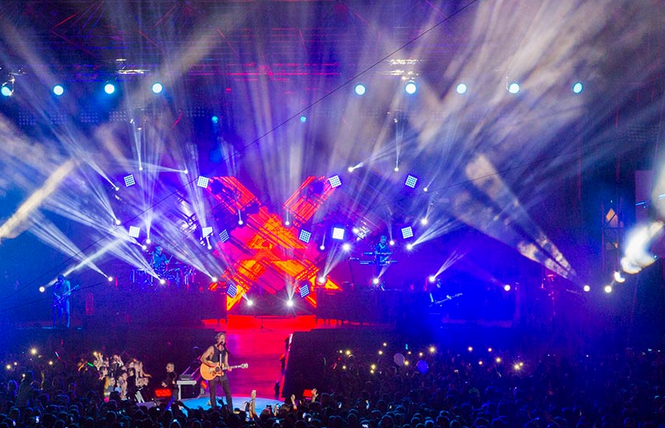 Have you ever returned from seeing your favorite band on tour curious about the lighting and effects used during the show? Many audience members don’t realize that the lighting equipment and staging actually travel with the band. The entire process of designing, programming, setting up, running, and tearing down the gear is quite monumental and often underappreciated.

It all starts with the band hiring a lighting designer to create the lighting for the stage and to interact with the music. The designer meets with the band and then determines the amount and types of lights needed that works within the allowed budget (yes, even touring shows have a budget!). Then a bidding process begins to determine which lighting company will provide the lights, trussing, cables and infrastructure for the tour.

The lighting designer then hires a programmer –or does the programming themselves, if they are able—and the two of them work with either the actual lighting rig or use a virtual computer simulation to pre-program all the lighting. For each song the band plays, they select colors, movement, patterns and more. All this information is stored in a specialized computer called a lighting console. Then, during the actual concert, the lighting designer can trigger these lighting looks in unison with the music. This ensures that the band gets the same lighting night after night.

One of the most amazing aspects of concert touring is that all of the production’s equipment (lighting, sound, staging, video) actually travels from city to city. A tour could use between one and 30 semi-trucks full of equipment. Each morning, the trucks arrive at a venue and specialized technicians unload the trucks, assemble the elements, connect cables and test everything. This can take anywhere from two to 10 hours!

Then the audience enters the venue and the show begins. During the show, the lighting designer operates the faders and buttons on the lighting console as well as directs the manually operated spotlights via a headset intercom system. Other technicians operate various show elements as well as monitor everything to ensure safety, repeatability and a perfect show.

As soon as the show ends, the technicians immediately begin dismantling everything and packing it back into the trucks. This “load out” usually takes several hours, but it is much quicker than the setup time (or load in). As soon as the trucks are packed, they start driving to the next city and a bit later, the crew will board their tour buses too. The next morning, they repeat everything again in a totally new city and venue.

The next time you attend a concert, take a moment to look around and appreciate all the lighting, sound, staging and video equipment. Imagine that it probably arrived on a truck earlier that morning and will be back on a truck heading to the next show around the time you get home from the concert.

What is the last concert tour you attended where the lighting really stood out and complimented the show? Tell us about it in the comments. 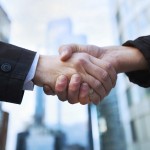 The Perfect Experience and Its Role in Customer Success Previous
3 Types of Security that AV Systems Encounter in Higher... Next 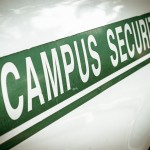 For over 30 years, Brad has been involved in the automated lighting industry. A self-professed “Lighting Geek,” he loves to share his knowledge with others. From lighting design and programming to product management and writing, Brad stays busy with lighting in many aspects. You can find Brad on Twitter as @Brad_Mpro, and he is also available on LinkedIn.