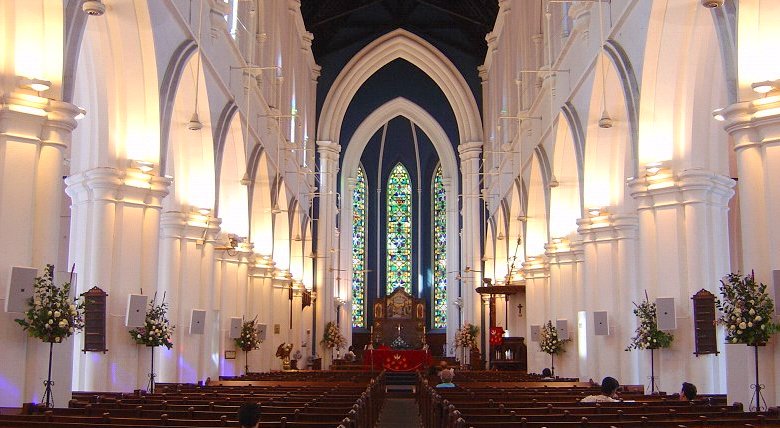 We often get asked what size power amplifier we recommend for a particular passive (i.e., non-powered) loudspeaker model. In general, the recommendation is that you should pick an amplifier that can deliver power equal to twice the speaker’s continuous average power rating. This means that a speaker with a nominal impedance of 8 ohms and a continuous average power rating of 300 watts, for example, would require an amplifier that can produce 600 watts into an 8 ohm load.

Why is it that we recommend a power amp that’s twice as big as the speaker? The short answer is that a quality professional loudspeaker can handle transient peaks in excess of its rated power, if the amplifier can deliver those peaks without distortion. Using an amp with some extra headroom helps assure that only clean, undistorted power get to the loudspeaker.

For a more complete answer, JBL published a Tech Note a few decades ago that goes into more details about the drawbacks of using too small of a power amplifier. It’s called “Danger: Low Power.” The principle is as valid today as when the Tech Note was first introduced. However, we wanted to update and modernize the Tech Note’s content because it had references to types of ancillary equipment that are no longer in common use today, and because it did not mention some more common items that are utilized in today’s sound systems. An example is the addition of an explanation of the shortcomings of relying too much on limiters for protection of the loudspeakers and the misimpression that adding a limiter now makes it okay to use a smaller amplifier. Here is an advanced view of the upcoming Tech Note revision:

Too Little Amplifier Power Can Produce “Too Much”
We occasionally hear of loudspeaker owners who damage the high frequency components of their loudspeaker systems using amplifiers that are rated at less – rather than more – power output than recommended. Understandably, they may wonder how it is that such an amplifier can actually burn out components when the loudspeaker system is rated to handle larger amounts of power. The loudspeaker’s specifications are true, provided the amplifier is not overdriven. But that’s a very important caveat – not overdriving the amplifier.   Driving an amplifier too hard in order to get higher sound level from it (whether perceived or real) can damage some components, especially the high frequency components.

To understand this more clearly, it is necessary to understand the nature of music as it relates to amplifier power and distortion.

The Nature of Music
Not all musical notes are created equal. There is much more power in the lower registers of music than in the midrange and high-frequency regions. If we examine the accompanying graph, we can see that the energy content of high frequencies (6 kHz and above) is typically 10 to 20 dB less than bass and midrange frequencies. Therefore, even if we allow for 10 dB peaks in the high frequency program material – which is common – the high frequency driver of a system will be called upon to handle only about one-tenth of the power that the low and mid frequency components must sustain.

This natural distribution of musical energy means, for example, that a loudspeaker system capable of handling 100 watts should have a high frequency unit capable of handling 10 watts (which is -10 dB) in the frequency region where the natural distribution of content is 10 dB lower. Thus, if the high frequency unit is designed to handle 20 watts of power in that range, we are building a 100% safety factor. The result is that the capabilities of the components of a loudspeaker system parallel the natural energy distribution of music.

The Nature of Amplifier Power
The power output specification of an amplifier is not absolute. Under certain operating conditions – such as when the volume control is set too high or when the input signal is too great or for shorter periods of time – the amplifier can exceed its published output. The power output of an amplifier is rated with reference to a given level of total harmonic distortion (THD). If required to produce more power, the amplifier will try to do so, but at considerably greater distortion levels. Between the fact that the amplifier is trying to produce more output power and the fact that people perceive distortion as being higher output, it may be natural for some users to do this at times – it sounds louder.

For example (using round numbers), an amplifier rated at 100 watts at no more than 0.5% THD could be overdriven to produce 200 watts of output power to the loudspeakers. Under these same adverse conditions, an amplifier rated at 200 watts could deliver 400 watts to the loudspeakers; a 300 watt amplifier could deliver 600 watts, and a 600 watt amplifier could be overdriven to deliver 1200 watts.

It’s important to be aware that much of this extra power is from overdriving the amplifier in the treble region, as we shall soon see.

Distortion Generally Affects High Frequency Drivers
The additional power generated by overdriving the amplifier is rich in harmonics (distortion). In a passive (non-powered) full-range speaker, these harmonics get routed by the crossover network to the high frequency driver. Harmonics are higher frequency multiples of the original signal. Therefore, the high frequency component of a loudspeaker system must bear the brunt of the distortion – even though the original signal may be at a lower frequency.

Here’s What the Signal Looks Like
When a sine wave test signal (a signal consisting of a fundamental frequency without overtones or harmonics) is looked at, its top and bottom extremes will exhibit normally rounded contours. Average output power is one-half the peak output power.

Typical Sine Wave. Average output of a sine wave is one-half of the peak output.

Frequency Response of 500 Hz Sine Wave shows content only at 500 Hz. This will not damage the speaker unless it is too much power for the Low Frequency (or mid-range) driver.

But when an amplifier is overdriven, the contours of the wave are “clipped” off, producing a near square wave, having flat areas at the top and bottom limits.

The average power approaches the peak power. When this occurs, up to twice the amplifier’s rated output can be delivered, and much of that extra power is from harmonic distortion, which get routed by the loudspeaker’s crossover network to the high frequency driver(s), which may not be capable of handling the abnormally high level of power.

In a clipped Sine Wave the average output approaches the peak output.

The Frequency Response of a highly clipped 500 Hz Sine Wave shows that the 500 Hz fundamental content is higher, plus there is additional high frequency harmonic content, which can easily exceed the power rating of the high frequency driver.

Switching to using a higher powered amplifier instead, the required power levels can be generated without clipping, allowing the loudspeaker system to receive clean program material containing a normal distribution of energy levels. Under these conditions, damage to the high frequency driver is unlikely.  In addition, it’s going to sound a lot better.

What Can the User Do?

Summary
We are not saying that any clipping of a power amplifier will blow your loudspeaker. But for passive (non-powered) speakers, if a small amplifier must be heavily overdriven to obtain the desired volume levels in the listening space, thus generating high power and distortion levels, the user would be better advised to purchase a larger amplifier capable of producing the required power with negligible distortion. In any case, the ideal situation is that an amplifier should be selected with an output power rating that is greater than the maximum power that will be used – the general recommendation is that the amplifier should be capable of delivering double the power rating of the loudspeaker. This margin of reserve power will ensure that the amplifier will not attempt to deliver more power than its design allows. The net result will be distortion-free sound reproduction and longer loudspeaker life. 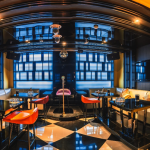 LEARN HOW JBL IS POWERING THE SOUND OF KTV LOUNGES ACROSS... Previous
Martin by HARMAN Delivers Game Changing Industry Firsts... Next 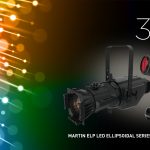 Rick has been involved in various aspects of professional audio for more than 40 years. He has been overseeing the development of commercial installed loudspeakers for JBL Professional for more than 25 years. He enjoys sharing his knowledge on various pro audio industry forums and by writing educational materials.