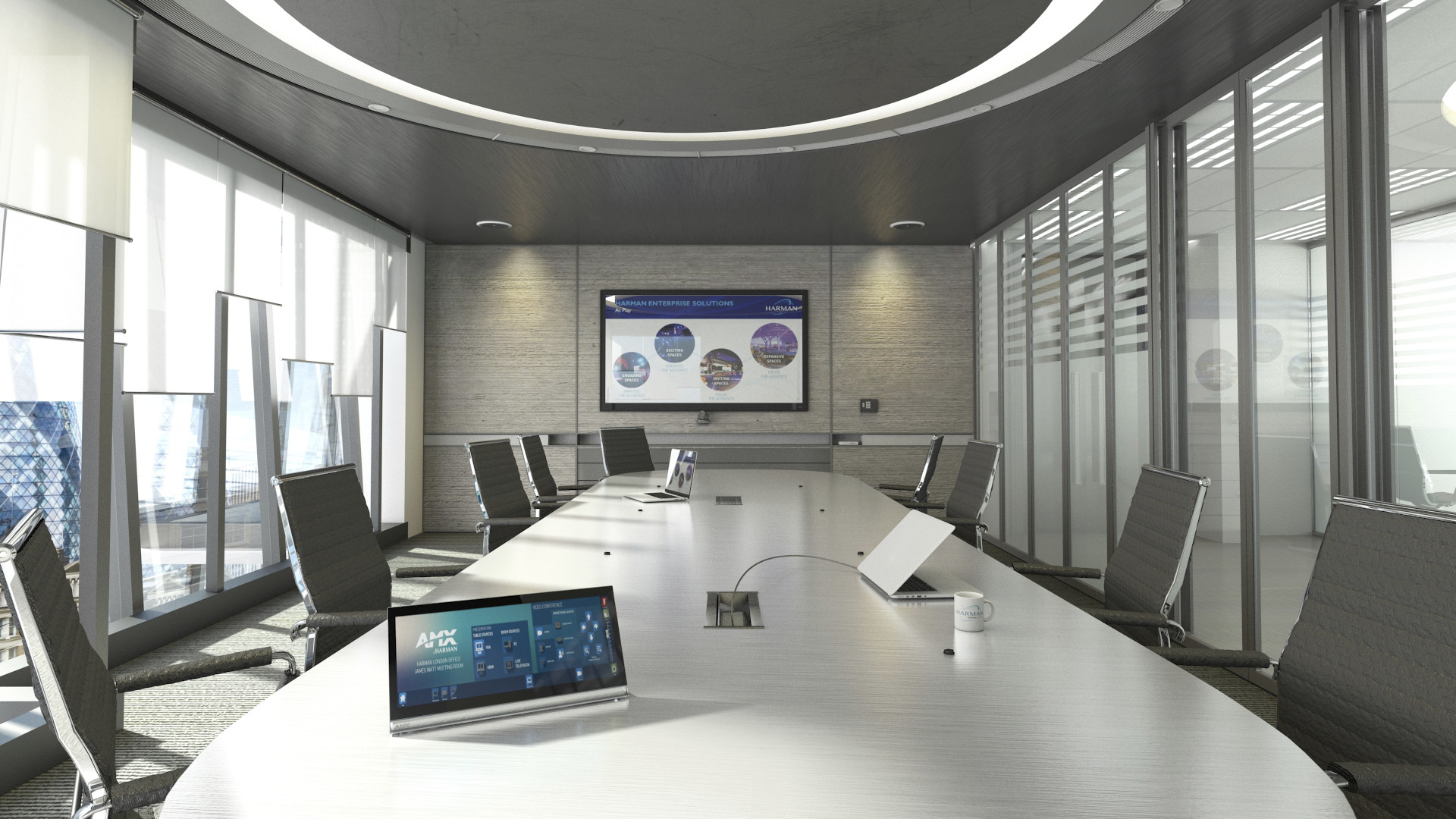 Technologies that enable the transportation of audio and video signals over standard IP networks have created a momentous shift in AV system designs. The flexibility and scalability of Network AV (NAV) solutions, such as AMX’s SVSI N-Series encoders and decoders or DSPs that leverage AES67 or Dante, enable integrators to design AV systems that better meet the needs of their customers than any other distribution technology.

Unlike traditional fixed-matrix or card-frame switchers, NAV solutions are not bound to a pre-defined minimum or maximum matrix size. Thanks to that scalability, NAV solutions are being used in every type of application. From point-to-point configurations for huddle spaces to campus-wide installations with hundreds of endpoints, audio and video over IP solutions are becoming the norm.

As the demand for NAV has exploded, so has the number of NAV products available on the market. Many NAV products have been designed with non-standard network requirements and market those requirements as features to simplify configuration.

While striving to develop mechanisms to simplify configuration is commendable, adhering to standard enterprise IP networking standards will result in more reliable, easier-to-support, and therefore, lower total-cost solutions for the integrator and end-user.

Click to watch: Bolstering the customer experience in their sportsbook and race book, the South Point Hotel and Casino in Las Vegas features an AMX SVSI networked AV solution.

In 2008, SVSI was the first manufacturer to bring video over IP solutions to the professional AV marketplace. Since then, SVSI and AMX have continued to advance the NAV category. AMX now offers the most extensive portfolio of video over IP products with encoders, decoders, and windowing processors for multiple video codecs as well as an audio transceiver, a network video recorder, and N-Command controllers. With over 2 million installed units and over a decade of experience and expertise engineering and supporting IP solutions, no one has more experience with NAV than AMX.

Some of the key enterprise IP networking technologies that are leveraged by AMX NAV solutions are:

Many of these technologies work together to create the extremely high-security configurations required in government and corporate enterprise applications and are often only available from the most sophisticated solutions from leading NAV vendors.

IGMP, POE, and 802.1Q, however, are extremely valuable in any application due to their ability to minimize bandwidth and infrastructure requirements. As applications grow in size, the benefits that these technologies provide become impossible to ignore.

Single Switch Applications
Retail stores and classrooms often require a small number of endpoints (fewer than 48) that are physically close together and do not require complicated audio routing.There is rarely an on-site technician dedicated to these applications, so reliability and remote support capabilities are extremely valuable.

The size of these applications often makes it possible for all the NAV endpoints to be connected directly to the same switch. With no need to calculate the bandwidth requirements between multiple switches or to configure those connections, these types of systems can be extremely simple to design and deploy.

“What’s the big deal about using local power supplies rather than POE? My installer is already up the ladder to install the decoder. It won’t take them much longer to install the extra power supply.” “Why should I pay more for a switch with POE?” These are challenge questions often asked about POE. Aside from the fact that POE creates a cleaner installation with fewer points of failure, POE makes it simpler to service the system in the future. If an endpoint ever stops communicating or needs a firmware update, you may want to perform a hard reboot. When using a local power supply, that would require a technician and a ladder. With POE, power can be toggled either by physically unplugging the cable at the switch or through the switch control software. A technician could even trigger this reboot remotely.

Especially when a network switch is leveraged to support more than just a NAV system, deploying an infrastructure that supports IGMP querying, snooping, and multicast switching is highly recommended.

Especially when the network switch is leveraged to support more than just the NAV system, deploying an infrastructure that supports IGMP querying, snooping, and multicast switching is highly recommended. Without IGMP snooping, the multicast traffic generated by NAV encoders might be broadcast on every switch port. That means that a control system, PC, or IP-controlled device on the network with the NAV system will have to sift through a torrent of IP video traffic to find the network traffic that it needs. At best, this will cause the network to perform more sluggishly than it should, and at worst, this flood of IP traffic can cause devices to stop working.

To combat this traffic flooding without implementing IGMP, some manufacturers recommend VLAN Switching. When using VLAN Switching, a unique VLAN is configured for every video stream. For a decoder to receive a video stream, the port on the switch that the decoder is connected to must be configured to reside on the same VLAN as the encoder sending the stream. For a decoder to receive a different video stream, the switch configuration must be changed to place the decoder switch port on a different VLAN.

VLAN switching creates both a security risk and a support issue. For a control system to make changes to the VLAN configuration, it must have the configuration password for the switch. Anyone with that password has the ability to make changes to the security configuration of the switch, leaving confidential data vulnerable. VLAN switching creates a support concern as each device must be associated with a physical switch port rather than a logical IP address. If cables are moved or a single port fails, the control system would require reprogramming.

In addition to offering user-friendly control, the AMX systems in Frankie’s Sports Bar in Ft. Worth, Texas help deliver an engaging experience for guests. Click the image to learn more.

Mid-size Applications
Entertainment venues and conference centers can easily exceed the endpoint counts or distance limitations of a single Ethernet switch and they often leverage sophisticated audio routing using AES67 or Dante. They may very well have an on-site technician available, but likely don’t have fully staffed IT teams with sophisticated IT management tools and policies.

The NAV system deployed in these applications is often spread over several switches throughout the facility.

The larger number of endpoints makes leveraging POE even more valuable than in smaller systems. With a larger physical area to manage and the potential for endpoints to be inaccessible, the support benefits of POE become impossible to ignore.

When NAV systems are deployed across multiple switches, IGMP also becomes much more of a requirement than an option. When connecting multiple switches, it is quite possible to overwhelm the link between those switches. Consideration for where on the network the encoders will be located and where those encoder streams will be routed is required. IGMP snooping is a powerful tool for managing the bandwidth required between any two switches and can make it possible to provide full functionality with even lower cost and lower bandwidth links between switches.

When leveraging IP audio distribution technologies such as AES67 or Dante, directing that traffic to a separate VLAN allows for separate QoS priority queues and results in optimum audio performance. NAV manufacturers have two ways of facilitating the separation of that traffic.

One way is to output the different types of data onto different physical ports. If an encoder was outputting IP video and Dante audio, for instance, two runs of Ethernet would be required from the encoder to the switch. The switch would require one port configured for the video VLAN, another for the Dante VLAN, and the encoder would have to connect to those specific ports. Doubling the number of cable runs and switch ports required for each encoder or decoder adds significant cost to an installation.

Fortunately, there is a better way to manage VLAN traffic, called VLAN tagging. Using 802.1Q, video traffic and Dante traffic can be tagged as belonging to different VLANs. A single Ethernet cable from the encoder or decoder, to the switch, can carry both streams. Once the traffic reaches the switch, it will be routed to the proper VLAN. This  design benefits from both the enhanced performance and control of separate video and audio VLANs without the requirement of doubling the infrastructure.

To create a 21st-century learning environment, the University of Northampton Waterside in England installed a campus-wide matrix of networked AMX SVSI N-Series systems. Click the image to learn more.

Enterprise-wide Applications
Network AV technologies are capable of creating enterprise-wide video and audio matrices with endpoints numbering in the thousands. When designing an AV distribution system for a university, corporate campus, or stadium, NAV solutions are the ideal platform to adopt.

Designing and implementing a system of this size requires thoughtful planning and close integration with the on-site IT department. Following standard enterprise networking standards will be required. IGMP querying and snooping, VLAN tagging, and POE are only a few of the technologies that the IT department should demand.

Networked AV solutions that are to be deployed on the network should be designed to work on the network. What this really means is that the devices should have the capabilities that are required by IT managers, and they should be able to work within the IT manager’s existing network structure. HARMAN understands what’s needed to meet these requirements. We’ve been selling network-capable devices to enterprise customers and governments around the world for decades, and we understand the security, management, and support requirements of those environments. That is why all AMX Network AV products are designed with enterprise IP networking standard technologies. We invite you to explore the wide range of AMX Network AV solutions as well as check out this AMX Network AV video overview: 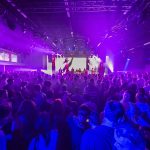 Scaling and Adapting a Touring Lighting Design: How to... Previous
Tech Talks: The Most Important Questions For Every Pro... Next 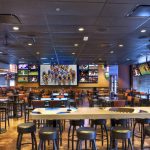 Kyle Barron is the Product Manager for Network AV at HARMAN Professional. Throughout his 10 years in the industry, he has focused on the intersection between IT and AV and has held the roles of AV System Designer, System Programmer, Network Designer, Network Engineer, and most recently, Technical Trainer.