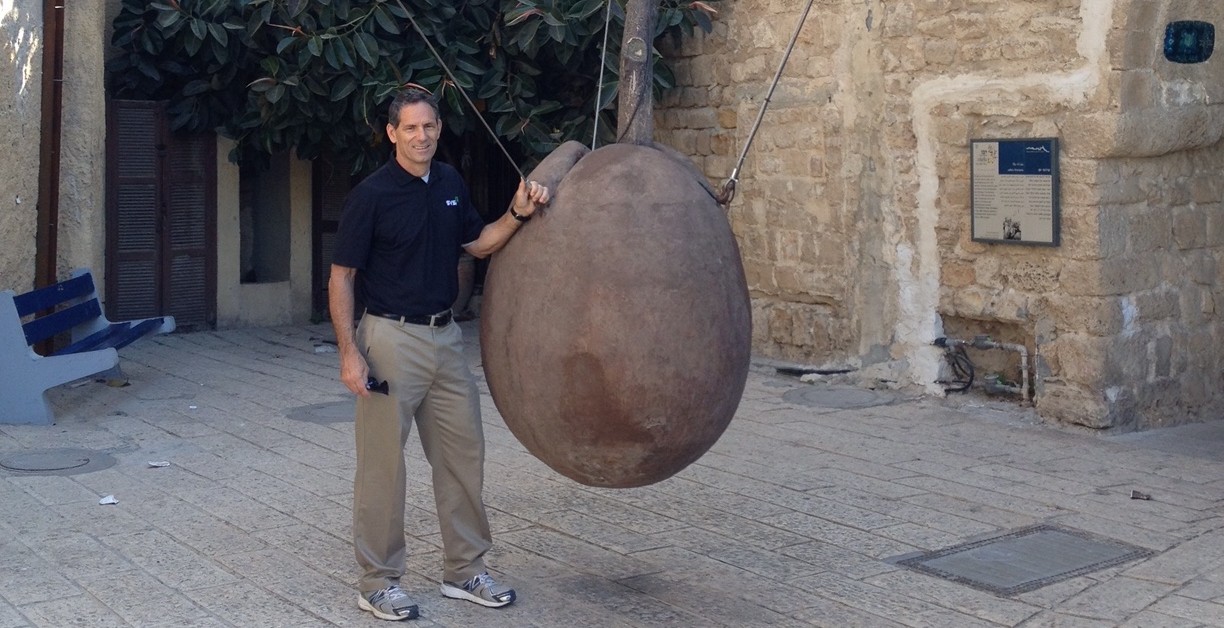 We have a lot of interesting people here at HARMAN, but today’s “Faces of HARMAN” profile includes lasers, explosions and NASA (yes, really). So, needless to say, I’m a bit pumped to share it with you.

At HARMAN, we have a tagline: Expect Brilliance, and that “brilliance” can apply to a range of things, from our innovative technologies to all the super-smart people that work here. “Brilliant” certainly applies in the case of Andy Whitehead (Ph.D), the founder and General Manager of SVSI, AMX by HARMAN’s line of Networked AV products. Andy truly embodies a “brilliant HARMAN employee,” and he has the background to prove it.

Back when Andy was in high school, he had a physics teacher that really encouraged his interest in the natural world. He ended up majoring in physics in college before going on to do graduate work studying, to use his words, “the interaction of light and matter from the matter’s point of view.” Andy (I tried to call him “Dr. Whitehead,” but he claimed “the doctorate and $4.00 will get you a cup of coffee”) has a Ph.D. in Atomic, Molecular and Optical Physics. His dissertation covered “multi-photon excitation of rare gases and sorting out the de-excitation pathways,” which is a fancy way of saying he got to study stuff, using high-power ultraviolet lasers.

Andy’s studies in lasers landed him a role at Pacific Northwest National Labs, where he “used laser-based analytical chemistry to study trace analysis of gaseous effluents from breeder nuclear reactors.” His team’s work had applications ranging from environmental cleanup after unauthorized nuclear testing to date testing of trace elements in the polar icecaps.

Andy’s work eventually led him back to the Huntsville, Alabama area, where his experience in lasers and related high-speed optical computers led him to work for a variety of contractors for nearby Redstone Arsenal. Redstone is an Army base that is home to the Marshall Space Flight Center (that is, NASA) as well as Army Missile Command and the Department of Defense’s Missile Defense Agency.

Andy ended up at a company developing optical computers for Marshall Space Flight. These optical computers used specialized high-speed cameras with parallel image processors, and Andy saw an application for this camera technology in the commercial sectors of manufacturing and packaging (tracking boxes as they go along a packaging line, for example). He particularly saw a potential in munitions characterization, a field that uses a high-speed camera with video played back in super-slow-motion to study and identify the particular shape and spread of explosions from missiles and other ordinance—something of particular interest to Army Missile Command.

Seeing the potential in this, Andy started a company he called Southern Vision Systems, Inc. (or SVSi). In a situation very similar to the way Crown amplifiers were developed out of a reel-to-reel tape recording company, SVSi ended up being known for what started out as a side product—in SVSi’s case, network-based video distribution. Needing a way to send video from the various high-speed cameras back to the viewing room, SVSi developed a method to send the video over the network. They eventually saw value in this product in and of itself, and created the professional AV industry’s first Networked AV system years before competitors were even shipping digital video switching systems (much less IP-based systems)

Over the years, SVSi grew to the point that, in 2015, they were acquired by HARMAN and made a product

line under the AMX brand. The rest, as they say, is history.

These days, Andy works as General Manager of AMX SVSI. Outside of work, Andy is a pilot with a commercial instrument rating. He says he enjoys the training, structured procedures, and knowledge of weather and flight conditions required for cross-country flight. He travels whenever his busy schedule allows, and stays fit with a variety of activities, including tennis, running, lifting weights and triathlons. From technology to science to flying to fitness, Andy admits he has “a lot of disparate interests but not enough time in the day to pursue them all.”

It’s been an honor to talk with Andy. As a big fan of Networked AV and someone who dreamed about NASA as a kid, it was very cool to hear about Andy’s varied past.

If you’d like the opportunity to work with the brilliant employees here at HARMAN, check out our job site at jobs.harman.com, and if you know Andy and have a story, share it in the comments! 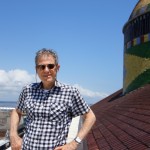 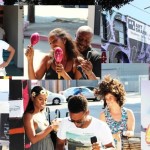