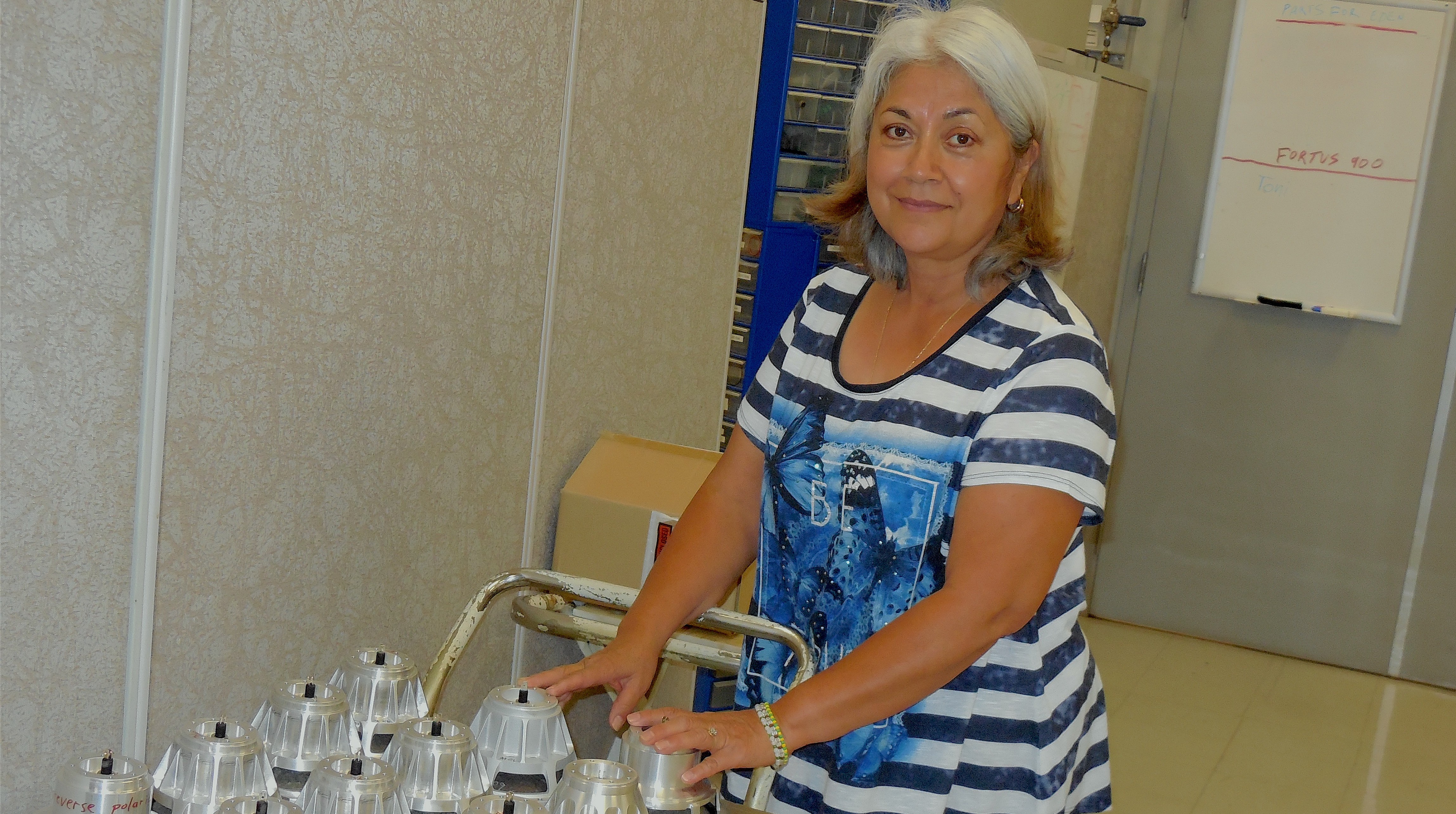 Only a scant handful of HARMAN employees have celebrated their 40th anniversary at the company, and among them is JBL Technician Sara Zapata, a treasured member of the Northridge campus engineering community.

Sara was only 21 years old when she first applied for a job at HARMAN and was initially hired to work on JBL speaker grills. After

seven years, she was assigned to the company’s loudspeaker production lines, where she helped build furniture of various shapes and sizes. “I was the lead person running the line for almost 25 years,” said Sara. “Then I was given the opportunity to join the engineering department, where I’ve been for about 12 years. I’ve learned so much and really love it.”

In the four decades since Sara joined HARMAN, the Southern California division has changed considerably, consolidating several Los Angeles area facilities at the Northridge campus and relocating manufacturing outside of the region. About seven years ago, when JBL moved a portion of production to Tijuana, Mexico, Sara was transferred to the R&D department, where she became a specialist, building transducer prototypes.

“Engineering develops the design, mechanical engineering makes the first sample and then I create prototypes in my lab,” she said. “When the completed product is tested and ready to manufacture, we go to Tijuana and teach the employees there how to make it.”

Through the years, Sara has worked on dozens of products, but she is particularly partial to JBL’s revolutionary D2 Dual Driver (D2430K), which debuted at NAMM in 2012 for use in the VTX Line Array Series. “When I see it on display,I still admire it,” said Sara. “All of our finished speakers look beautiful to me, really. It’s so nice to see the products and think of how I had a small part in them being there.”

Sara was born in Michoacán, Mexico, spent her earliest years in Guadalajara and moved with her family to Tijuana at age seven. When Sara turned 14, she and her mother, two older sisters and brother came to the United States and settled in Los Angeles. Two years later, her father joined them.

“It’s very hard when you come here as an immigrant,” she said. “We had nothing—just a bunch of dreams to be successful. My sisters and I had to start working right away and didn’t even go to school.”

For seven years, she and one of her sisters worked at Melco Wire and studied English at night. But, after a work accident caused a spark to land in her eye, Sara’s family urged her to find another job and, in 1976, she joined HARMAN.

“Things turned out well, and I’m so full of gratitude,” said Sara. “I really love my work; I love the environment and the people I work with. I married a man I met working at HARMAN; we’ve raised three children together and bought a house. The company also made it possible for my daughter to go to university, which is a big part of why I’m so grateful. My daughter now has a Master’s degree, is an English teacher and hopes to get her doctorate. I’m very proud of her.”

When not working on transducers, Sara enjoys

relaxing with her husband, going on walks and bike rides, babysitting their three grandchildren and, on special occasions, taking them to Disneyland.

“I also really love to cook Mexican food the way I learned from my mother,” she said. Her specialty? Chile rellenos, which she whips up regularly for the whole family.

Many thanks to Sara for sharing her story and being such a loyal member of the HARMAN community for 40 years and counting! 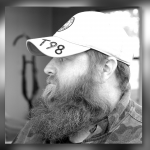 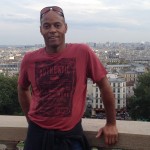