Selecting the right loudspeakers for a casino install or house of worship upgrade can be challenging. There are too many factors that can contribute to and alter predicted performance to list. How will the speakers perform over time? How does their performance translate across volume levels? How well do they handle dramatic sonic peaks? How far can you really push them? 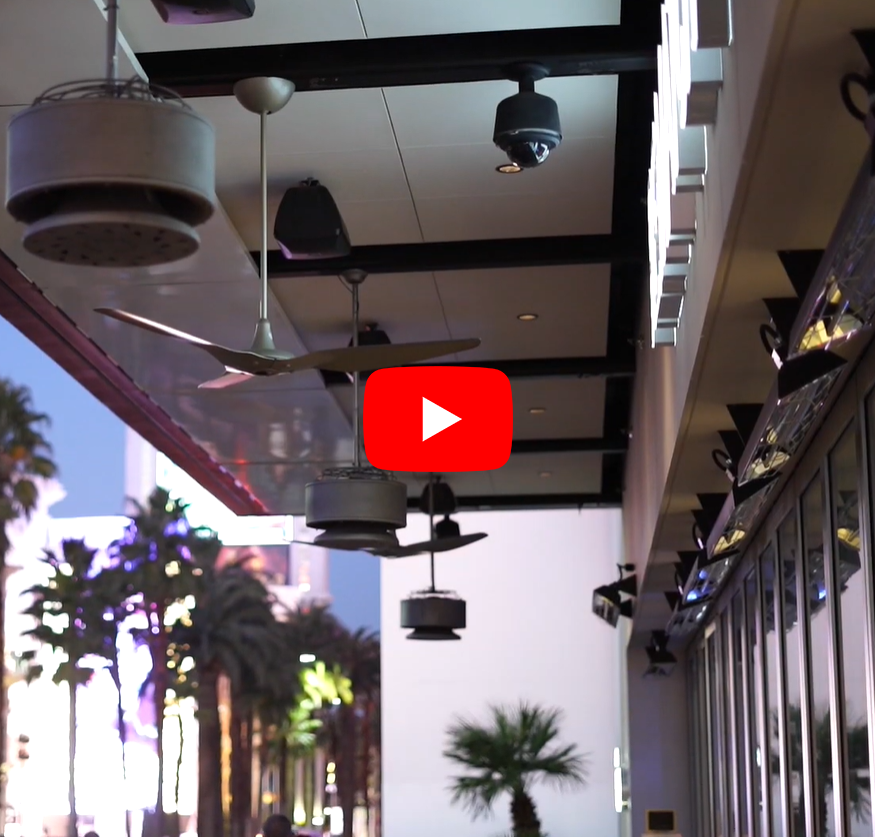 The LINQ hotel and casino upgraded to a state-the-art JBL audio solution featuring a variety of JBL Control Contractor loudspeakers, which cut through the casino’s ambient noise to deliver an intimate, personal audio experience. Check out the video case study.

It would be great to be able to audition loudspeakers in a variety of real-world situations, but that’s not always practical. So, we’re left relying on specs to provide insight into a system’s performance potential. While a spec sheet is a great starting point, to really understand how well a speaker will perform, we often have to dig a bit deeper.

Loudspeaker manufacturers know customers are basing purchase decisions on specs, so it’s common for them to hype sheer wattage ratings. A wattage spec is a good indicator of how the system will perform; it’ll tell you how loud the system will get, which in turn can give you an idea of the size of a space it can cover and how many people you can play for. But if that speaker’s components don’t operate efficiently, it won’t deliver high SPLs. And at the end of the day, that’s the figure that’s going to make all of the difference.

Just like you wouldn’t judge a Formula One car’s performance on its MPG rating, you would never judge a speaker on watts alone. Let’s look beyond power ratings to understand what’s really going on.

Understanding SPLs
The relationship between watts and decibels is an interesting one to discuss. Let’s start with basic sound measurement. We throw around the term “decibel” all the time when we talk about sound. But what is a decibel, anyway? You might be surprised to learn that a decibel isn’t an absolute measurement of anything; it’s actually a relative measurement, a ratio – technically, it’s one-tenth of a Bel (which is a whole other story).

Decibels are commonly measured in sound pressure level (SPL), which is the effective pressure of a sound relative to the threshold of human hearing, referenced as 0 dB. So, for example, 80 dB SPL means 80 decibels above 0 dB. Because human hearing isn’t linear, decibels are measured on a logarithmic scale, which, in very simple terms, increases in orders of magnitude, versus the equal increments of a linear scale. This means that the higher the increase in decibels, the more dramatic the increase in “loudness”: It is generally agreed that an “average” listener interprets an increase in 3 dB to be the smallest noticeable change—but an increase in 10 dB is psychoacoustically perceived to be double the loudness.

Now let’s look at how power influences loudness. Watts measure electrical power, and an amplifier’s output is measured in watts. Speaker watt ratings are presented two ways: RMS – the amount of power a speaker’s amplifier can produce continually over long periods, also called continuous power; and peak power, which measures power capability in bursts. You can see why a strong peak power measurement can make a speaker appear more robust, but in reality, an RMS rating is a better reflection of a speaker’s true performance over time. 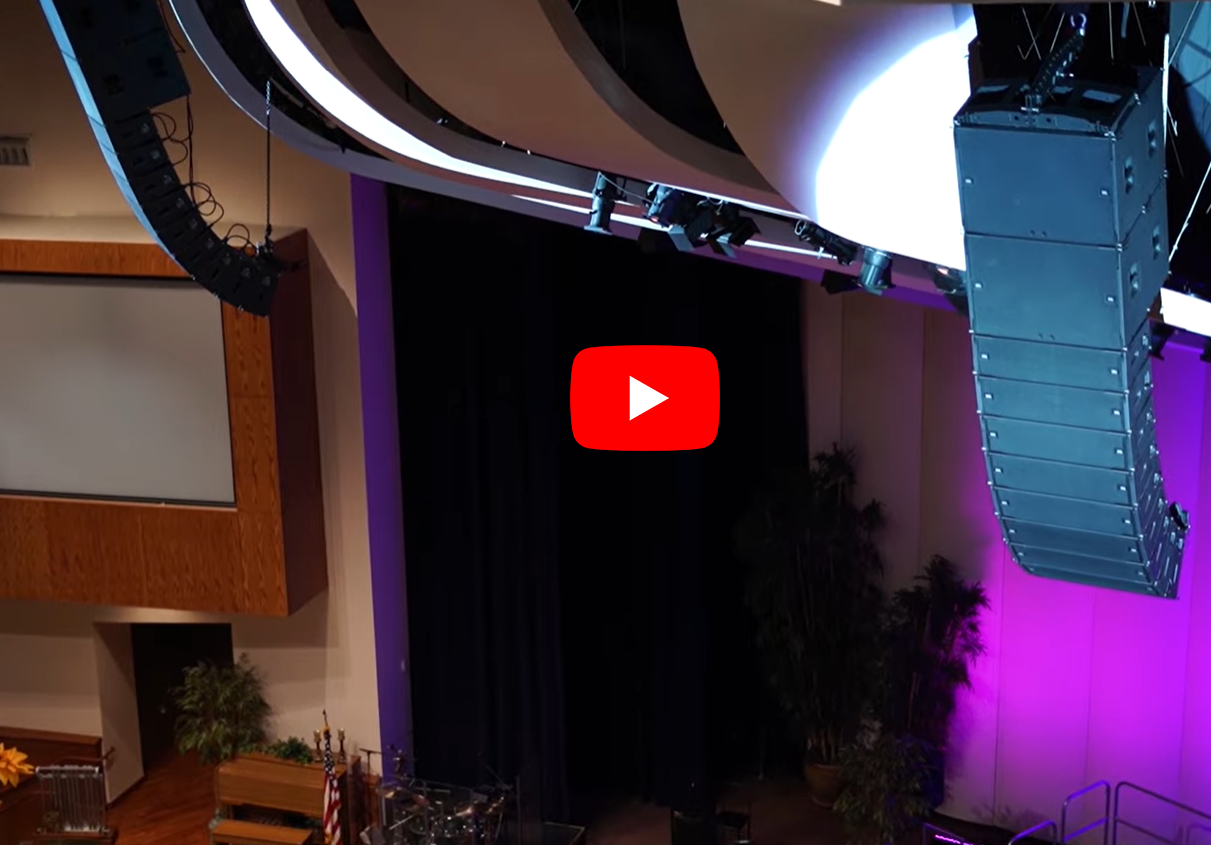 Explore this unique House of Worship loudspeaker upgrade at Mile Hi Church that relied on JBL Professional VTX A8 loudspeakers and B18 subwoofers.

You may also be aware that doubling amplifier power does not double loudness; it actually only increases the sound by 3 dB. In order to double the perceived volume, you’ll need a tenfold increase in power. So why not just load up on wattage? It’s smarter to focus on sensitivity, which measures how efficiently your speaker turns that wattage into sound, to get a true picture of your system’s loudness potential.

The Importance of Sensitivity
Sensitivity measures a speaker’s efficiency at converting electrical energy into acoustical energy; the higher the number, the more efficient the speaker. A speaker with a sensitivity rating of 90 dB @ 1W/1m, for example, will output 90 dB with one watt of power, measured at 1 meter. Ready for that math?

Let’s say the speaker above is rated at 100 watts. Given what we know about the relationship between watts and SPLs, this means: 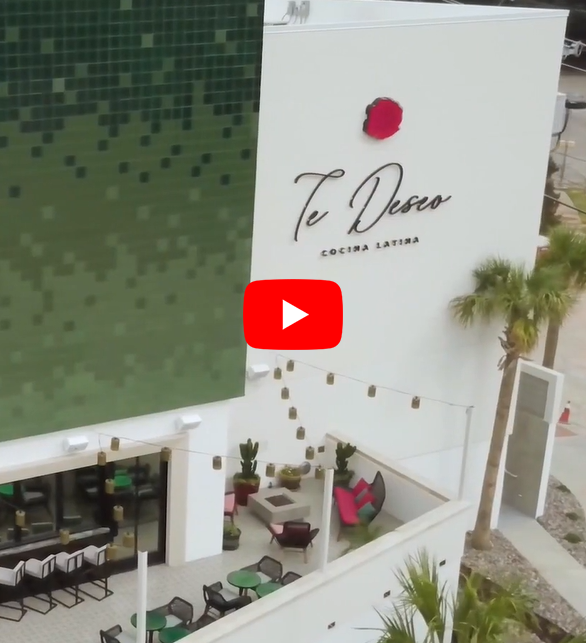 Check out this article and video case study on Te Deseo Restaurant featuring a wide range of loudspeakers installed throughout to ensure balanced, even coverage for background music.

Continuing this pattern, maxing this speaker out at 100 watts would produce 110 dB SPL.

Now, what if that speaker had the same 100W rating, but we increase the sensitivity rating to 100 dB @ 1W/1m? Let’s see how the numbers change:

Maxing this speaker out at 100 watts would produce 120 dB SPL—that’s double the perceived volume of the first speaker, at the same power rating. So, you can see why watts aren’t everything.

Lots of design factors influence a speaker’s efficiency. At JBL, for example, we’ve developed extremely efficient transducers that can deliver higher SPLs with fewer watts. One way we’re able to do this is through our patented Differential Drive transducer technology, which features two voice coils in separate magnetic gaps, instead of the traditional single voice coil-gap combination. This configuration uses available space more effectively and removes heat more efficiently, which cuts down on power compression, which happens when voice coils get warm and their resistance increases. And we build in advanced limiters that let you push our systems harder without distortion or damage. 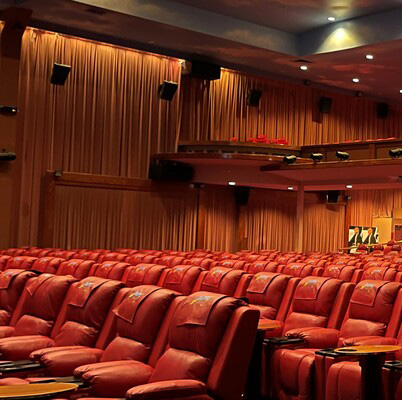 Australia’s United Cinemas equipped its Grand Theatre space with a range of JBL cinema loudspeakers. Explore more in the article.

Keeping Things in Perspective
When it comes to understanding speaker specs, there’s a lot to absorb. But the important takeaway is, always interpret specs with an eye on the big picture and remember that impressive numbers don’t always translate into usable numbers in the context of other specs. For example, you’ll have a better experience with a 130 dB Max SPL-rated rated speaker that reaches down to 40 Hz at peak output than a 135 dB-rated speaker that can only reproduce down to 60 Hz at peak output.

At the end of the day, sound quality is your ultimate benchmark, and your ears are the best judge. Focus on critical listening, with careful evaluation of all the specs, and you’ll be able to make a confident decision and select a system that’s right for you, your customer or client.

SELECTING THE RIGHT LOUDSPEAKERS FOR YOUR PROJECT
No matter what your pro audio project is or where you are located, we are ready to support you. Depending on the type of project you are working on, here are the right locations to find the products and resources you need to get started. Our Consultant Alliance Group is also a great resource to assist in supporting your needs.

HOW CAN WE HELP?
If you are interested in speaking to a solutions expert to discuss your projects, designs and ideas, please contact your JBL Representative or fill out this quick form and someone will contact you. 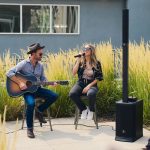 DISCUSSING JBL EON ONE MK2: PORTABLE PA TECH THAT PUTS... Previous
From Italy to New Zealand, Tour the World’s Most Advanced... Next 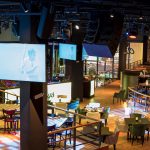